Custody of at-Risk Children Can Be Granted to Grandparents 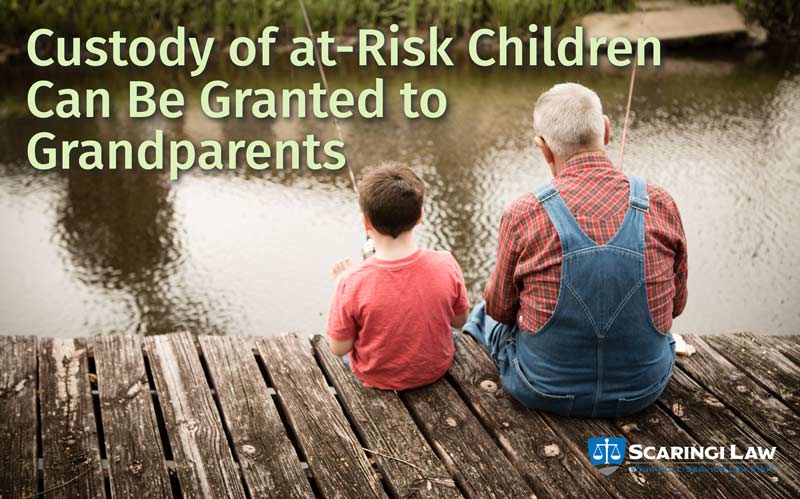 For me, what I appreciate most about being an attorney is that I have the opportunity to try and help people every day. Lately, I’ve noticed a trend that many of my consults include grandparents seeking some form of custody or protection over their grandchildren. With this in mind, I think it’s important to discuss some of the issues I’ve been hearing and my approach to these concerns.

To no surprise, the first individuals listed with authority to bring an action for custody are the legal parents of the children. However, what happens when the parents are unable to care for their children? The following portions of the statute list individuals other than the parents who can file for custody.

There are two points to take away from the above law: First, it is possible for grandparents to assume legal and physical custody over their grandchildren; Second, the right to ask the court for custody over grandchildren is limited to specific circumstances.

I emboldened section “2” above since this is the primary reason why grandparents come to me in the first place. One hopes they never need to stand between their children and their grandchildren. Unfortunately, the times when grandparents have come to me were well after their adult children have failed in caring for their own children.

In my experience, drugs are often an issue with one or both the biological parents and the grandparents need to step in to shield their grandchildren from this toxic behavior. In other cases, I’ve learned of instances of physical abuse that put the grandchildren at risk for bodily harm. No child should have to be exposed to this type of environment. Fortunately, these children have grandparents that care for them and are willing to help in any way possible.

If you believe your grandchildren are at risk of harm, neglect or abuse and would like to find out more information about how you can obtain custody of your grandchildren, schedule a free consultation with one of Scaringi Law’s family law and grandparents’ rights attorneys.