Is "Wine to Go" the Way to Go for Liquor Licensees?

After decades of aging and ripening, the pace of Pennsylvania's liquor law changes has gone from glacial to breakneck this past year. 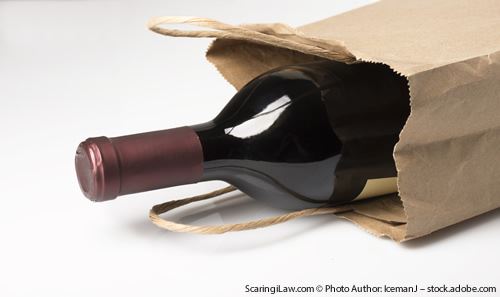 While the Keystone State has long been known for having some of the most restrictive liquor laws in the nation, the wine will soon be flowing from an added number of outlets, at added times of the day and night, and even on holidays, to maximize customer convenience.

House Bill 1690, signed by Gov. Tom Wolf in early June as Act 39, allows six-packs of beer to soon be sold at gas stations and convenience stores. By as early as November, wine-to-go will be an added option for restaurant and hotel licensees, along with supermarkets and bars.

These changes mean that, by Thanksgiving, you should be able to buy your Chardonnay and Merlot at the same store as your stuffing and sweet potatoes.

The hotly debated new law is seen as a small step toward privatization, in a state viewed by many as still suffering from a Prohibition-era hangover. It does not phase out the state store system completely, as some legislators had hoped, but it is a move to modernize the system and maximize convenience for the occasional wine-drinker and the wine connoisseur.

In another first, the law also permits the direct shipment of wine to homes.

The moves mean big business and big changes in the wine market. Wine accounted for nearly 42 percent of total sales in Pennsylvania's nearly 600 state-owned liquor stores, amounting to $848 million in revenue in the last fiscal year. The new law is expected to generate an additional $150 million in added sales for the state -a key number at a time the state is facing a major structural deficit.

Yet, all these new liquor law changes - and the related costs in both record-keeping and additional taxes and fees - demand that liquor license holders carefully deliberate their next moves before leaping aboard the "take-out wine" bandwagon.

The new law expands the roster of potential wine vendors to include about 10,000 holders of restaurant licenses, including more than 300 grocery and convenience stores now allowed to sell beer, and about 1,200 holders of hotel licenses.

Holders of restaurant and hotel liquor licenses may apply for a "wine-to-go" permit at an initial cost of $2,000, plus an annual renewal fee.

This permit will allow license holders to sell up to four bottles of wine for take-out per transaction. However, wine-to-go cannot be sold after 11:00 p.m., and the wine itself cannot be sold at a price lower than that charged by PLCB Shoppes. State store prices cannot be undercut.

State taxes must also be factored into the equation. Licensees will continue to purchase all their wine inventory from the PLCB at a wholesale discount, and they will pay all state taxes due on these purchases. In turn, licensees must charge 6 percent sales tax on all wine-to-go transactions to retail customers.

While this system may appear, at first blush, to be double taxation, a tax rebate system and application form will soon be developed and offered for licensees to recover the state sales taxes paid on their initial wine-to-go inventory.

But the details of this rebate system are still evolving, with uncertainty even as to whether the PLCB or the Department of Revenue - or both -- will take the lead. Suffice it to say that a lot of additional record-keeping and form-filling will be involved.

That's because the sales tax rebate does not apply to a licensee's PLCB wine purchases for wine sold for on-premises consumption. And tax rebates can only be claimed on bottles sold as wine-to-go in any given year - not on the licensee's full inventory of wine-to-go.

Another factor for licensees to consider are the start-up costs, beginning with that $2,000 permit fee, and potentially including renovations to the building for expanded display space.

If your business's calling card is an extensive wine list and you are located in a trendy area where people are prone to last-minute wine purchases, then a permit and $2,000 upfront fee may be a good bet. For others, the profits may not justify the costs.

This makes the annual costs of wine-to-go renewals somewhat of a wash, with licensees paying up only if wine-to-go really pays off for them.

It's too early to tell what the future will hold for wine-to-go. It is sure to increase customer convenience and wine sales across Pennsylvania, but for restaurants and hotels to really ripen their business with walkaway wine, wine should already be a central calling card.

My clients do not seem prepared to launch a stampede for wine-to-go, yet, for those restaurants and hotels that cater to wine connoisseurs, the ability to sell wine to go could ripen into a lucrative sideline. For others, wine sold with meals and by the glass will remain their profit center.

As Pennsylvania adjusts to these new changes, liquor license holders need to remain informed, and adjust to the changing marketplace. As new regulations are promulgated to implement the law, and as new bills are introduced to tweak the system, good legal information and financial analysis will complement any choice.