When online fundraising raises the ire of the IRS 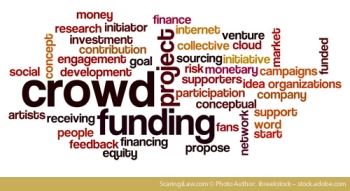 By Kelly Walsh of Scaringi Law posted in Tax Law on Thursday, October 27, 2016.

Two years ago, the woman read a news article about a working mother down South who was charged with felony child neglect for allowing her nine-year-old to play in a public recreational area next to her place of work. Spawned by the working mother's inability to afford day care on her meager wages, this decision led to her arrest, imprisonment, and a temporary loss of custody.

The crowdfunding effort gained national attention and raised more than $40,000 for the struggling working mom. What she also raised was the ire of the IRS.

Shockingly, the Tax Man attempted to charge the charity organizer $20,000 tax on the money she raised from 1,500-plus donors.

As "compassionate crowdfunding" sites grow in popularity, this case delivers some important lessons for fundraisers, involving not only taxes, but charitable solicitation and registration laws.

Because crowdfunding is relatively new, the U.S. Congress and the IRS have issued few definitive guidelines on how to report and pay taxes on the income.

The type of crowdfunding involved often guides the tax implications. There are three main types: 1) Creative enterprises, which are "reward-­based;" 2) Personal fundraising, or "donation­-based;" and 3) Equity-­based crowdfunding, which raises capital for companies and for which the SEC has recently issued final rules.

In the case of "donation-based" fundraising, the monies raised may not be taxable income at all. They may be gifts, which are specifically excluded from taxable income if they pass a three-part test. There must be:

1. The intent to donate by the fundraiser

2. Acceptance by the donee

3. Delivery and transfer of what is collected

The most important question to consider is why the donor chose to send money to the crowdsourcing drive. If they gave money in hopes of receiving something of equal value in return or of making an investment in a company, there are tax consequences for the recipient. If they gave money out of detached disinterested generosity, compassion, affection, respect, charity, and like impulses, it is a gift.

If you're considering a crowdfunding drive, protect yourself with a Memorandum of Understanding clearly stating the fundraising intent.

In the working mom case, the MOU designated that the charity organizer would transfer all monies donated via her account into a legal trust account maintained in the single mom's name by her lawyers. The organizer agreed in the MOU that she would not be paid for her services, and that she would keep donations in a separate account to show that all funds were properly transferred to the intended beneficiary.

If charity organizers receive a 1099, like the one PayPal issued in the working mom case, they should proactively explain it to the IRS along with their income tax filing that year.

A campaign creator who collects more than $20,000 and has a minimum of 200 transactions in a year will receive a Form 1099­K, Payment Card and Third Party Network Transactions, reporting unadjusted gross revenues.

In the crowdfunding campaign for the working mom, we were able to explain to the IRS the money raised was a gift, was not income to the charity organizer, and thus was not taxable to her.

But while a good rule of thumb remains that as long as the money raised is a gift it won't count as taxable income, it still makes sense for crowdsourcing organizers to talk with an attorney to ensure they avoid associated pitfalls.

The IRS is only part of the story

Where a crowdfunding drive reaches into multiple states through the internet, there is potential to be liable for failing to register in multiple jurisdictions. There should also be a distinction between a one-time drive and fundraising on a regular basis. If someone is raising funds on a regular basis, they would be wise to form a business entity and apply for tax-exempt status.

With more and more donations going digital, charitable organizers must make sure that their acts of kindness do not wind up costing them dearly, causing one injustice to create another.

Kelly M. Walsh focuses her practice at Scaringi Law on family law, wills and estates, and personal and business tax law. She can be reached toll-free at 877-LAW-2555 or at info@scaringilaw.com