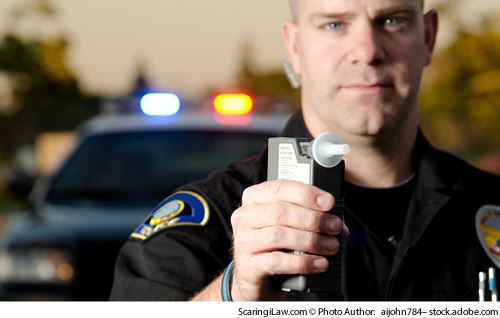 This past summer, the U.S. Supreme Court issued an opinion that is already roiling drunk driving cases across the country.

At issue were so-called "implied consent laws" under which states, including Pennsylvania, imposed harsh criminal penalties when motorists suspected of drunk driving refused to submit to the blood test.

In the wake of the ruling, pending DUI cases have been thrown into turmoil, especially when the driver refused a blood test and received with harsh, automatic penalties as a result.

Consequently, anyone facing a DUI charge or who recently was sentenced under the implied consent statute for refusing a blood-alcohol test should consult with a DUI attorney immediately.

Here is a closer look at the impact of this ground-breaking ruling.

The United States Supreme Court has long held that a chemical test of an individual's breath or blood for Blood Alcohol Content (BAC) constitutes a search under the Fourth Amendment. The general rule is that the police need a warrant to conduct a search, but the Supreme Court has carved out several exceptions, including Searches Incident to Arrest, Consent, Exigent Circumstances, etc. Prior to Birchfield, it was presumed that chemical testing for BAC fell under one or more of the exceptions. Now we know that is not necessarily the case.

In Birchfield, the United States Supreme Court clarified the issue, holding that an individual can be compelled to submit to chemical breath test pursuant to the state's implied consent law and/or the Search Incident to Arrest Doctrine, but that law enforcement cannot compel an individual to submit to a chemical blood test without a warrant absent some exigent circumstances that do not exist in the typical DUI case. The Court reasoned that a blood test is a significant violation of an individual's personal integrity and right to privacy because it requires the piercing of the skin and potentially provides law enforcement with much more information than merely an individual's BAC, and, as such, is not analogous to a quick search for weapons and/or evidence after an arrest, nor can an individual be said to have consented to it simply by virtue of using a state's roads.

The most important consequence of the Supreme Court's holding in Birchfield is that it made unconstitutional those provisions of states' "implied consent" laws that imposed stiff criminal penalties for refusing to submit to a chemical blood test. Prior to Birchfield, if an individual refused to submit to the chemical blood test, he or she would be sentenced upon conviction as if their BAC was at .16 or above, the highest rate. Now, if an individual refuses to submit to the chemical test, upon conviction he or she can only be sentenced at the lowest tier, i.e. "general impairment." To put that in perspective, if an individual is convicted of DUI-highest rate, and it is their second offense, there are looking at minimum of 90 days incarceration, five years supervision/probation, and a $1,500 fine. In contrast, if an individual is convicted of DUI-General Impairment as a second offense, the penalty is only five days incarceration, six months supervision/probation, and a $300 fine.

Already, the Supreme Court ruling is sending tremors through pending DUI cases across the Commonwealth. The most obvious defendants to benefit are those who refused a blood-alcohol test and who now face prosecution under the harsher automatic penalties of Pennsylvania's implied consent DUI statute.

Some Pennsylvania courts already are dropping the implied consent portion of pending DUI prosecutions, but only your attorney can ensure this outcome in your case.

The legal fallout isn't likely to stop there.

DUI defendants who submitted to blood tests under the threat of those harsher implied consent penalties also could have their pending DUI cases impacted by the ruling. In light of the Supreme Court decision, it is now worth filing a motion to suppress a defendant's blood-alcohol test results, arguing that the blood draw was obtained under threat of the now-unconstitutional implied consent statute.

The outcome of these suppression motions is not guaranteed, as this aspect of the Supreme Court ruling remains to be tested further in lower courts. But the chances of success are more than credible, and the benefits to one's case can't be overestimated.

Finally, those with recent DUI convictions under implied consent penalties and who are still within their 30-day appeal window should certainly exercise their appeal rights in the wake of the ruling.

The biggest way to benefit from Birchfield v. North Dakota and protect your legal rights and defense options is to consult with an experienced DUI attorney.

Atorneys focuses their practice at Scaringi Law on family law, criminal defense and civil litigation. They can be reached toll free at 877-LAW-2555 or at info@scaringilaw.com