Arrested? Here are five tips to keep a bad situation from getting much worse 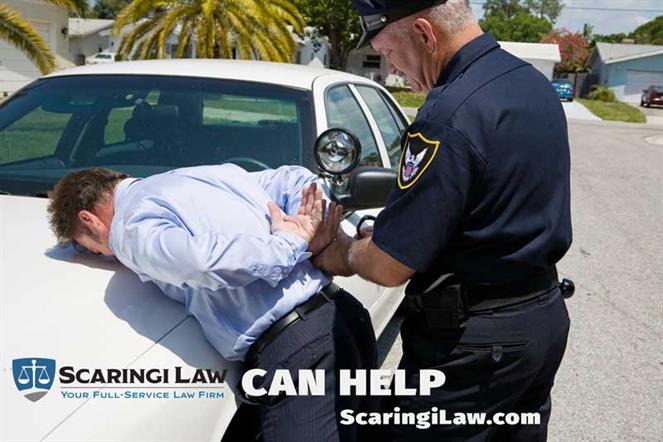 Many defendants would have beaten charges and walked free if they hadn’t attempted to outthink police or prosecutors. Making erroneous statements, agreeing to searches, playing fast and loose with facts, and especially posting incriminating information to social media can make the difference between being free and being behind bars.

Here are five ways criminal suspects unintentionally incriminate themselves – and how to avoid these mistakes.

1. Shut the front door!
Don’t discuss potential criminal activity with anyone, including friends, family and even lovers. Such information becomes leverage. Information about a crime can help someone save their own neck, or be used to even a score, especially for ex-girlfriends.

Our compulsion to post, tweet, and live-stream on social media does no exclude criminals, and police and prosecutors know this all too well. That’s why a suspect’s social media footprint is often among the first things scrutinized in building a case.

Hard as it is to believe, some defendants have enthusiastically posted pictures of illegal drugs and weapons or boasted about criminal activity online. Obviously, this didn’t help them in court.

Many criminal cases, especially involving drugs, begin with a routine traffic stop for burned-out taillight. Technically, the officer should only look in your vehicle for what is in plain view. But many cops will politely ask for consent to fully search the vehicle.

Inexplicably, many suspects consent to these vehicle searches – even if they know there are drugs, cash or weapons to be found. They assume they have no other choice.

Actually, they do have a choice. If a police officer is asking for your consent, this means they lacks probable cause to conduct a search. Just say “No, I do not consent to your search”.

If the officer threatens to get a search warrant, tell them to go right ahead. Often, the officer’s statement is a “tactic”.

4. Explaining is just as good as confessing

Once a police officer suspects a person of a crime, they must issue the Miranda warning. However, the “right to remain silent” begins the very moment an officer attempts to question you about a crime, which can be long before you’re read your rights. If you’ve had any involvement in a potential crime, at all, remain silent.

Many defendants unsuccessfully attempt to explain their way out of a situation and make matters worse for themselves.

Police and prosecutors love talkative suspects. The more you talk, the more likely you are to disclose evidence or change your story, which is considered lying to the police.

Laws are being liberalized as marijuana moves closer to decriminalization, but we aren’t there yet. If you are caught smoking a joint while driving – or even if you or your vehicle smells of pot – you have just handed police probable cause to search your person and your vehicle.

Should you have any interaction with law enforcement regarding a criminal matter, don’t say or do anything – just call your criminal defense attorney, and if you don’t have one, call Scaringi Law at 717-775-7195. Our experienced attorneys are ready whenever you need us.