Judges Can Balance A Custody Violation 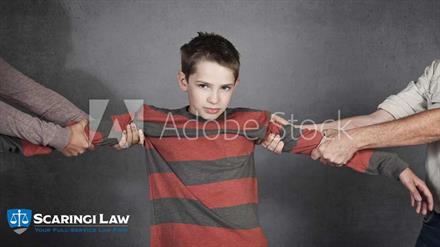 Custody cases are often highly contentious. Once a custody order is in effect, if either party takes action that violates the order, the other party can file a Petition for Contempt of the Custody Order. This filing will typically result in a hearing being scheduled where the aggrieved party can inform the judge how the order has been violated. If the judge agrees and determines the custody order has been violated, the judge has several options to address it. The judge could simply admonish the parent who has violated the order and warn the parent not to do it again. The judge could issue a fine or even imprison a parent, although this is highly unlikely for a violation of a custody order. The judge may also fashion whatever other sanctions or relief that may be appropriate to remedy the situation. A common sanction is to give the aggrieved party greater physical custodial time either temporarily or permanently. The judge’s determination depends on the severity of the violation.

If you believe the other parent of your children has violated a custody order, contact Scaringi Law 717 657 7770 to speak with one of our experienced custody attorneys so that we can review your rights and discuss the process of filing a Petition for Contempt. Read More about Scaringi law Custody and Family Law services.