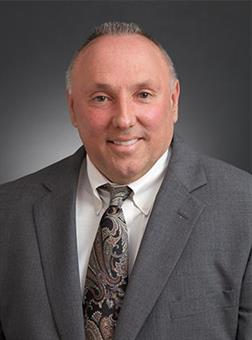 As more Pennsylvania drinkers dive deeper into the craft-brew craze, bars and restaurants have answered the call by expanding their offerings of draft beers and launching mug clubs to reward loyal customers.

Club members typically buy a mug that is a bit bigger than the average draft, so members are rewarded with a little extra beer. But proposed legislation would allow bars and restaurants to sweeten their mug club rewards with added discounts and membership bonuses.

State House Bill 770, which also contains a provision to allow casinos to begin offering free drinks to slots gamblers, holds some potentially good news for mug clubs as well. The legislation has passed the House and is pending in the Senate.

Under proposed changes in the bill, retail licensees could begin offering special discounts on food and alcohol for mug club members. However, the mug clubs would have to be official, with the bar offering some form of ID or club card to identify members. What is more, these special mug club discounts would have to end at midnight - just like daily drink specials and happy-hour periods.

Still, the special mug club discounts would amount to a bonus for members, allowing bars and restaurants specializing in draft beer to breed more customer loyalty and generate return visits among their mug club customers.

I believe this bill has significant traction toward becoming law. The resulting change would be a significant and welcome one for retail licensees, long hamstrung against rolling out more specials to entice patrons.

In addition, Bill 770 would allow bars and restaurants to negotiate different prices for alcoholic drinks when catering private parties, showers and other special events held in separate banquet rooms or other segregated spaces of the licensed premises.

Currently, retail licensees are forced to charge all customers the same prices for drinks, even for big private parties that bring in a lot of extra business. Freeing the hands of licensees to negotiate drink prices for private parties surely would boost business for bars and restaurants.

As I mentioned at the top, House Bill 770 was recently voted out of committee, meaning these game-changing provisions benefiting retail licensees and casinos could be on the fast track toward approval in the current legislative session. So stay tuned.

Yet another proposed liquor law change would give a boost to ski resorts with licensed establishments on their premises.

Currently, ski lodge bars and restaurants cannot permit minors on the premises without the underage customers being under the direct supervision of a parent or legal guardian. What is more, no alcohol is permitted at any table where minors are seated.

With school trips making up a large portion of ski resort traffic, these rules have left business at the licensed restaurants and establishments of ski resorts snowed under.

House Bill 657 would relax some of these prohibitions in order for ski resort restaurants, lounges and hotels to better serve all of their customers - just as long as these businesses ring up at least half of their sales by serving food.

The provisions would open the doors of licensed establishments at ski resorts to minors without the need for their parents to be around. The bill would do this by extending the exemptions offered to public venue licensees and performing-arts licensees, permitting minors to access licensed premises. The result could be a nice addition of potential food and soft-drink customers for the state's ski resorts.

All of these proposed changes are just the latest examples of how quickly liquor law changes can come in once-staid Pennsylvania.

If you have a question on any aspect of Pennsylvania's liquor code, or you need help dealing with the PLCB, don't hesitate to call me.

As former chief prosecutor for the PLCB's Nuisance Bar program and past assistant counsel to the PLCB attorney, Frank C. Sluzis of Scaringi Law is among Pennsylvania's leading experts in representing the interests of alcohol-serving establishments. To connect with Attorney Sluzis today, call 717.775.7195, or fill out our quick Contact Form, and get started with the team at Scaringi Law.