5 tips for avoiding the sting of spousal tax liabilities 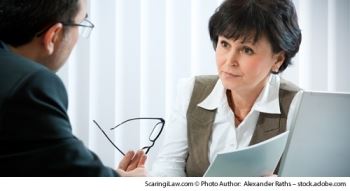 By Kelly Walsh of Scaringi Law posted in Tax Law on Thursday, December 15, 2016.

TaxLiabilities_831137198.jpg Marriage may be for better or for worse, but this vow can lead to IRS headaches if your spouse has tax troubles.

The IRS will aggressively go after both spouses, even if only one spouse has unreported income on a jointly filed return. In seeking to recover unpaid taxes, going after the assets of two people doubles the IRS's chances of collecting. And divorce does not always protect you. A joint return is presumed to have joint liability, whether you stay married or not.

Under U.S. tax laws, the IRS can go back three years when auditing typical past tax returns. If there was fraud, however, the agency can dig back six years. The IRS also has ten years to collect unpaid taxes, and that clock doesn't start ticking until the tax is assessed by the IRS, which means you may have to go through an entire audit before the ten years starts to run. Efforts to collect can include liens on real estate, seizure of bank accounts, offset of any current tax refunds due, and garnishment of wages.

Spouses can extricate themselves from their spouse's tax dilemmas - and avoid this situation altogether -- by following these five tips:

Sometimes, tax troubles are more innocent than a spouse who underreports income. Certain types of priority debts - including unpaid domestic support obligations, IRS debt, debts to other taxing authorities and government agencies, and delinquent student loan debt - can trigger the IRS to withhold tax refunds due through the Treasury Offset Program.

Any of these scenarios can wipe out IRS refunds owed on jointly-filed tax returns - even if the debt belongs to just one spouse.

However, the best move for a debt-free spouse is to contact a tax attorney who will marshal the necessary evidence and proof in order to seek what is called "Injured Spouse Relief." If granted, this will ensure the tax offset is only applied to the portion of the refund attributed to the spouse responsible for the debt.

Omitted or unreported income by a spouse, usually self-employed, will prompt the IRS to come after both parties who signed the joint tax return.

An unwitting spouse who can prove that he or she had no reasonable way of knowing about the unreported income can avoid this financial pain. Even if the spouse knew, it may be possible to get relief if other factors, such as domestic violence, would make it unfair to hold that spouse liable. A tax attorney is needed to present the necessary evidence and advance a convincing case so the IRS drops its collection efforts under a provision known as "Innocent Spouse Relief."

3. Never look the other way

The limit on an unwitting spouse's involvement comes down to a basic, common-sense test of whether the spouse seeking relief "knew or should have known" about the other party's under-reporting of income.

Since both spouses are signatories to the joint return, the IRS assumes that both are aware of its contents. So if a spouse has been signing tax returns that show middle class income but they lead a Kardashians' lifestyle, the agency could conclude that the spouse should have known income figures were fudged.

Looking the other way is no defense.

In some cases, a spouse who under-reports income forces his partner to sign the joint return -- even if she knows it's fraudulent. In short, she and the IRS are both wronged.

Even the IRS will not victimize someone twice by aggressively collecting taxes against an innocent spouse. Being unduly pressured, forced or abused to sign a spouse's fraudulent tax return is a defense against collection efforts. Should you be in such a dire physical and financial situation, seek an attorney immediately.

Liability for tax returns you jointly filed does not end with your divorce date.

Some divorcing spouses try to protect themselves by including tax clauses in divorce decrees or making potential tax issues part of property settlement arrangements. The problem is that none of these agreements are binding on the IRS. The agency can still go after a spouse unless he or she wins IRS relief. Nonetheless, an agreement in a divorce decree can provide recourse against the other spouse, so you have the option to recoup the money your ex-spouse was ordered to pay, but the IRS collected from you instead.

Of course, the ultimate protection against a spouse's IRS tax troubles is prevention - to either make sure the return is correct or refuse to file a joint tax return in the first place. The "married-filing-jointly" status offers both parties the best benefits of the tax code, but it is not worth it if you suspect your spouse of cheating the IRS.

Problems happen with the best of intentions, though. An experienced tax attorney can help you get tax relief to remove the debt from your shoulders entirely, and work out a feasible plan to resolve any IRS debt from which total relief is not possible.

Kelly M. Walsh focuses her practice at Scaringi Law on family law, wills and estates, and personal and business tax law. She can be reached toll free at 877-LAW-2555 or at info@scaringilaw.com