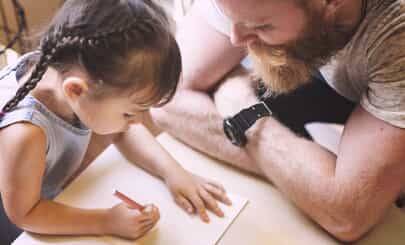 Most people understand that abuse, criminal activity, and drug and alcohol problems will be major issues in a custody case. However, many people do not know that there are a lot other, less obvious behaviors that can get them in trouble with the custody court. Here is a list of some of the most common issues that even good parents have trouble with and that can hurt them in their custody cases.

1. Failure to Communicate — An unfortunate commonality in every custody case is that the person on the other side of the custody dispute is your ex. There is probably a reason why they are your ex, and not your current romantic partner. You probably do not particularly like having to talk to that person. However, that ex is also your child’s parent, and parents have rights to know about important changes in their child’s life.

There is a provision in every custody order designating legal custody, which is the right to have information and participate in important decisions relating to the child. With very few exceptions, parents share legal custody, and must cooperate to share information and decisions about changes in the child’s whereabouts, education, religion, and medical developments. Failure to communicate about important decisions and developments in the child’s life could put you in contempt of court, and potentially weigh against you in determining physical custody.

Communicating with your ex can be very hard. Many clients had bad break ups and dread having to pick up the phone to start a conversation with someone who may use the contact to be verbally abusive, reopen old wounds, push buttons, and turn a quick update about the kids into a bitter fight. I often recommend that my clients who struggle with this send an email update to the other parent every week or two. It is faster, involves less confrontation with a potentially hostile party, and documents in writing that you did what you were supposed to do.

2. Arguing Too Much — Instead of avoiding conflict and dreading every conversation with the other parent, some parents cannot hold themselves back from diving into arguments with their ex. One of the factors in determining custody is the level of conflict between the parties and the willingness and ability of the parties to cooperate with one another. It damages your custody case if the judge thinks you are initiating or unnecessarily dragging out conflict with the other parent. The conflict may be about legitimate concerns that the other parent is not acting in the best interests if the child.

If you find that you have trouble communicating those concerns in a calm, even tone, let your lawyer help you. One of the roles of a custody lawyer is to coordinate on issues that the parties have trouble resolving themselves. Your lawyer can reach out to the other side to convey your concerns in a clear, calm manner that strengthens your case. Your lawyer will also build a record and know when it is time to pursue court intervention if reasonable coordination does not resolve your legitimate concerns.

3. Social Media Mistakes — Almost everyone is on Facebook, Twitter, Instagram, and various other forms of social media. A lot of us are in the habit of posting on social media without thinking about whether there may be consequences. If you have a custody case, you have to think about the consequences. Social media posts regularly come up in custody trials. Even if you are no longer Facebook friends with your ex, there is a good chance they know someone who is still monitoring your feed.

Always assume that anything you publish on the internet could be seen and saved by the other party in your case. Even if you only post it for a second, think better of it, and immediately delete it, screenshots can be saved. The consequences of a moment’s indiscretion can be lasting and can affect how much time you have with your kids. Before you hit post, ask yourself… Are you disparaging your child’s other parent? Someone important in the other parent’s family or household? Could someone construe it as disparagement? Are you saying something in a moment of frustration that you will later regret? What is in the picture you are about to post? Does anyone look intoxicated? Is there anything that could pose a danger to a child? Does it show that you have fallen behind on your housekeeping? Is there anything that could be misinterpreted? The judge does not know that you have been saving that old empty bottle for years because you thought it was pretty, or that the bag of a dried leafy substance on the table behind you is actually cat nip. Be careful, keep your posts positive, and consider going on a social media diet.

4. Fear of Letting Go — A lot of parents have a hard time in custody cases because they do not want to relinquish custody to the other parent at custody exchanges. If your custody order provides for the other parent to have physical custody, then the other parent has a right to have that time with their child, and can enforce the order against you. If you do not have any real concerns for your child’s safety and wellbeing, you may simply need to take a moment to breathe, remind yourself that your child deserves to have two parents, and know that you will see them again soon.

There may be very legitimate reasons for not wanting to relinquish custody to the other parent, though. If you believe your child is being abused in the other parent’s custody, the other parent is impaired by drugs or alcohol, or if you have other major reasons for concern, you should do something. You should not take on those issues yourself in a way that puts you in contempt of court, though. As soon as you have the concern, call your lawyer. Your lawyer will recommend a course of action. It may involve contacting the police, contacting Children and Youth Services, filing to request a Protection From Abuse order, filing an emergency petition in the custody case, requesting modification of the custody order, or other actions specific to your situation.

Some issues fall in the middle. These are often concerns that the other parent will not be able to handle the responsibilities of taking care of the child. You don’t know if Dad will be able to get the child up in time for school, or be able to drive him if he misses the bus. You don’t know if Mom will follow through on making sure the child takes a prescribed medication. You are afraid the other parent will miss the doctor’s appointment to get a physical or vaccinations. Sometimes it is important to let go long enough to give the other parent a chance to fail, or to succeed, at something you are concerned they will not be able to do. If they fail, you have a new reason to modify custody with the attendance record or other documentation as proof that you are better able to handle the responsibilities of parenthood. But most importantly, talk to your lawyer and let them advise you.

5. Giving In Too Easily — Often the custody schedule the court orders is based on the status quo or the agreement of the parties. When you parents break up and someone moves out, typically there is an initial agreement about where the kids will go. When you go to court to determine custody, typically the first step is a custody conciliation in which a person appointed by the court tries to pressure the parents into an agreement—any agreement—to resolve the case without a trial. Agreements are great if you actually agree. If you do not agree, though, no one should make you feel that you have no choice but to give in. Once an agreement is reached, it becomes the status quo, and it is difficult to undo. I have met with a lot of parents who let the other parent have their way simply to avoid conflict, and then regretted it.