The Pennsylvania Legislature Is Cracking Down On DUI 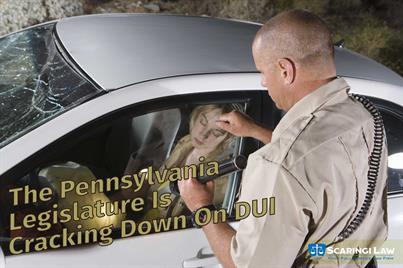 On December 23rd, 2018, a new law went into effect which significantly increases the penalties for certain DUI offenses, with a primary focus on more severe penalties for multiple DUI offenders and for those convicted of homicide by vehicle while DUI.

Prior to this enactment, any DUI in Pennsylvania, no matter how many convictions the driver previously had, was graded as a misdemeanor. Now, a third DUI offense in 10 years with a BAC of over .16 or a fourth lifetime DUI offense with any BAC calls for a felony grading, with obvious potential for a greater sentence and other ancillary consequences of having a felony on one’s record.

The new law also increases the penalties for those caught multiple times driving under suspension for DUI offenses, even if not under the influence of alcohol at the time they are caught.

If you are facing a DUI prosecution, it is imperative that you contact Scaringi Law’s experienced DUI attorneys to examine your rights and fight your case.