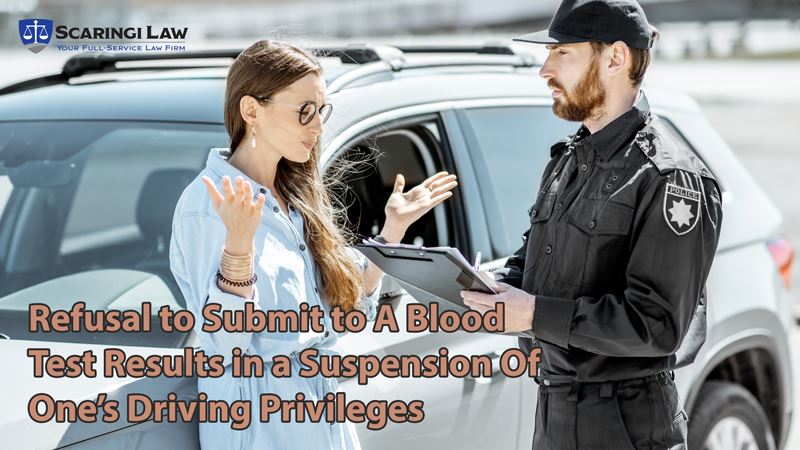 In Pennsylvania, as in most states, refusal to submit to a blood test when requested in a Driving Under the Influence (DUI) investigation results in a suspension of one’s driving privileges. This is because, upon obtaining a driver’s license, one is considered to have “impliedly consented” to said testing when requested. Refusal to actually consent therefore leads to the aforementioned suspension.

Refusing to submit to testing also escalates the severity of the DUI charge to the highest tier, equivalent to having a blood alcohol result above .159 or a blood result including controlled substances.

Even if one goes on to “beat” any resulting charge of DUI at trial or receives a diversionary program such as Accelerated Rehabilitative Disposition (ARD), the suspension still applies. This is an administrative sanction imposed by the Pennsylvania Department of Transportation and is separate from any criminal sanctions. A DUI with a refusal that does result in conviction will result in one year of suspension for the refusal and one year for the DUI conviction.

If you are involved in a DUI prosecution, Scaringi Law’s experienced criminal defense attorneys are just a phone call away 1-877-LAW-2555.