5 Tips for a Smooth Move With Your Child Custody Order 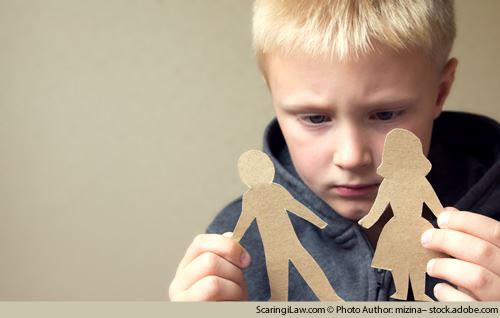 When two parents share custody of a child, one parent's plans to move away can impact everyone's quality of life, and especially, the child's. A new, higher-paying job for Mom or Dad doesn't always mean a better life for the child.

A custodial parent usually cannot move a child out of state without obtaining the court's approval. Moving to a different state, where laws governing custody may differ from Pennsylvania's, can create a litany of problems, especially for a co-parent's visitation rights.

Pennsylvania law provides that parents who are parties to custody orders must follow certain rules and procedures before relocating. Before attempting to move a child out of state or even out of the immediate area, the custodial parent must file a petition to modify the existing custody or visitation order. Even if the parents are not subject to a custody order, if the other parent opposes the move, the moving parent must seek the Court's permission before relocating.

Here are five tips to help ensure a smooth move:

Pennsylvania's statutes prohibit either parent from relocating farther away from the other parent without following a series of rules and procedures. Even if a move is approved, a custody order could change and be to their detriment, depending on the court's view of the relocation decision.

A family law attorney can help to show that the move is, most crucially, in the best interests of the child.

The relocation process begins with full written notice of the proposed move, including specifics on the new address, phone number, school district, who else will be living there, and the reasons for the relocation.

If the parent is moving closer to the other parent, controversy is usually averted. It is typically a simple matter of getting the court to confirm the couple's agreement.

But moves that widen the physical distance between parents and complicate custody exchanges could cause conflict and a court case. When this occurs, a judge will decide the matter following a full hearing.

A parent seeking a major move will have his or her day in court, before a Court of Common Pleas judge. The case must demonstrate how the move benefits the child - not just the parent hoping to relocate.

Perhaps the new school is vastly superior, or parks, activities, and other family members are within closer proximity at the new location.

Factors such as established friends, existing family, better community resources, schools, colleges and parks --along with the safety and security of the new neighborhood - must be carefully researched, documented and then effectively communicated to the judge. An experienced family law attorney can make these arguments to the judge in a compelling manner.

If a parent wins the right to move, the current custody arrangement may tip the balance of the existing custody order against him or her.

In deciding modifications, a judge will look at such factors as how involved the parents have been in the child's upbringing; their physical, financial, emotional and social stability; the parent's willingness to cooperate with the other; the geographic location of each parental home; and any history of child abuse or domestic violence. They will also look at the child's age, maturity, and emotional development; how attached the child is to each parent; the child's ability to adjust to new environments; and the child's preferences, especially if they are capable of making sound legal decisions, which is usually by the age of 12 to 14.

A court-approved move may transfer primary custody. Parents living far away often have their child for the summer months and certain holidays.

Communication and compromise are key, with creativity and flexibility often rewarded by the court.

5. Never pack up your troubles

The system rewards parents who communicate with one another and remain committed to collectively doing their best for the child or children.

Parents who attempt to make a unilateral move before a custody order is in place risk big trouble, including being found in contempt of court. Some judges order such parents to move back immediately. The relocation statute applies even in the absence of a custody agreement.

Parents contemplating a move should check with an attorney who knows the process and who can protect their rights---and their child's. A parent needs to make all the right moves before he or she moves.

Erin Komada focuses her practice at Scaringi Law on family law, divorce, child custody and appellate law. She can be reached at (717) 775-7195 or at info@scaringilaw.com