5 things you need to know about ARD

ARD, or Accelerated Rehabilitative Disposition, can offer many advantages for first-time offenders charged with certain crimes. This option, defined as a pre-adjudicated disposition of the charges, means that there is no conviction, as long as the conditions of ARD are met. 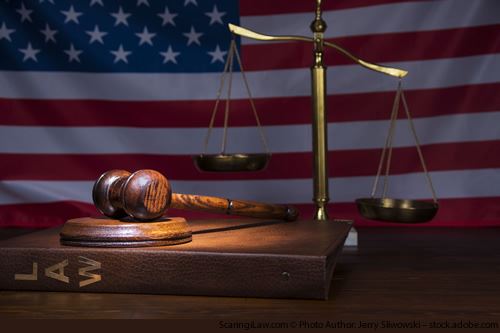 If so, charges are dismissed, the record can be expunged, and it's as though you were never charged in the first place, as long as you don't offend again. But to take full advantage of ARD, it is imperative to have an attorney familiar with both the prosecutors and court procedures in the county where charges have been filed. The ARD is powerful, but the rules can be tricky, especially because they vary by county.

For More Information Regarding ADR and other legal matters, contact Scaringi Law online or call (717) 775-7195 to ask about a free consultation.

Below Are 5 Important Facts About ARD

Knowing these could make your brush with the law as pain-free as possible.

Most people think ARD is just for DUI or driving under the influence. But it is available to first-time offenders facing many charges, including theft, harassment, and certain drug charges.

An experienced attorney who practices criminal law in the county where you face those charges can help you see if your charge is eligible for ARD and evaluate, access and navigate the process.

2. ARD halts the prosecution in its tracks

If you are accepted and court-approved for ARD, the prosecution literally stops in its tracks. It remains on hold as you fulfill the program, along with any other court-imposed requirements, such as community service.

The maximum time period to finish ARD is 24 months. However, ARD for DUI is usually for 6 to 12 months.

Once your ARD is completed, including the payment of all fees and court costs, the original charges are dismissed. However, if you fail to complete all requirements within the allotted time, the prosecution resumes right where it left off.

Each county establishes its own rules. It can even come down to individual prosecutors as to whether or not your case will be eligible for ARD.

ARD can cover a variety of charges: retail theft; theft; minor drug offenses, up to misdemeanor possession; some misdemeanor-level assault charges; and many other misdemeanors. But you and your attorney must convince the prosecutor that your case is eligible for ARD.

Prosecutors enjoy wide latitude. They can recommend ARD for pretty much any first-time offense that's not statutorily ineligible. Or they can turn you down flat.

In advocating ARD, it is important to complete an argument that fully fleshes out a client's character beyond the crime at hand. Highlighting good things the client has done, complete with character statements, descriptions of their community status, and a rundown of their full employment history is a key strategy. Moreover, it is wise to point to steps they have taken proactively to take responsibility for their actions, including seeking help for any drug or alcohol problems -- well before this step would be required under ARD.

ARD's many advantages come at a price. Fees and court costs can run into thousands of dollars. In addition, the programs required under ARD also carry significant price tags.

A DUI charge that's directed into ARD can cost $3,000 to $4,000 or more. Fees include supervision fees, enrollment fees, program costs, and court costs. Attorney fees are separate and would be on top of this amount.

All ARD bills must be paid and settled before you're deemed to have completed the program. If you don't pay up in the allotted time, your ARD is terminated, and the prosecution of the original charges resumes.

5. ARD has its limits

ARD only goes so far. In DUI cases, ARD only affects the criminal charges against you. Statutory penalties, such as losing one's driver's license for a designated period, will still be imposed.

Nevertheless, assuming one completes all ARD requirements on time, the judge will sign off. And with the stroke of a pen, the original charges will be dismissed.

Assuming that you aren't criminally charged again within 10 years, it will be as if those original charges never existed. However, in DUI cases, a subsequent offense will be treated as a repeat offense, even if you successfully completed ARD for a prior offense.

While charges are dismissed, the original court record doesn't magically disappear, including the publicly accessible online records system. If you want all trace of those charges erased, you'll need an expungement.

But without a skilled attorney in these matters, you risk compounding your first mistake with an inadequate criminal defense.

If you have more questions about ARD, or Accelerated Rehabilitative Disposition, reach out to Scaringi Law. Our criminal defense attorneys have years of experience and are ready to help you during a consultation.

For More Information Regarding ADR and other legal matters, contact Scaringi Law online or call (717) 775-7195 to ask about a free consultation.