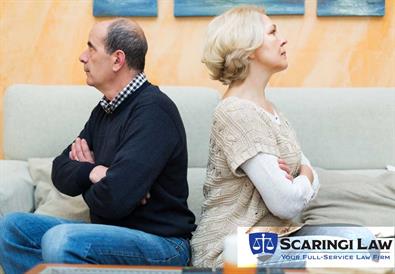 One of the most frequent questions that my divorce clients ask is, “How can I get a legal separation in Pennsylvania?”

“Legal separation” in Pennsylvania is not a legally cognizable status for any purpose other than the separation time requirements for a no-fault divorce. Many of my clients believe that, if they can get a document from an attorney entitled “legal separation”, have it notarized, and then present it to a third party, such as a credit card company, etc., they are now in a different legal position than they were prior to the separation. The faulty thinking in that position is that you are still responsible to pay your credit card bills, regardless of whether your spouse went on a spending spree with the credit card immediately before separating. “Legal separation”, at least in Pennsylvania, does not give you an additional legal status. There is no need to get a document that says, “I am legally separated from my spouse”. Separation, for purposes of Pennsylvania’s no-fault divorce statute, can occur without legal paperwork. In fact, an individual can be “separated” for purposes of a no-fault divorce, even though they are still living in the same house with their spouse. I know. That statement sounds counter-intuitive, but it is true.

In Pennsylvania, an individual who is seeking a unilateral divorce (a divorce in which the other spouse is not consenting), as of December 6, 2016, must be “separated”, for a period of at least one year before a divorce can be granted. This type of separation is not dependent on the execution of a specific kind of document. “Separation” occurs based on the couple’s conduct. A couple can be “separated”, and still reside in the same marital home, if they are no longer living as a marital unit. For example, the couple has separate checking accounts, hold themselves out to the public as being “separated”, live in separate rooms and parts of the house, are dating other people, etc. It is this type of conduct, not the existence of a document, that, in the end, is the final arbiter of “separation”.

So, if someone tries to sell you a service to create a document titled “Legal Separation”, just politely say, “No, thank you”. It is not necessary, and, it doesn’t give you any special or different legal status than what you have without it.

For more advice about separation and divorce, contact the knowledge attorneys at Scaringi Law at 717 657 7770.