A Dollar Isn’t Just A Dollar In Divorce 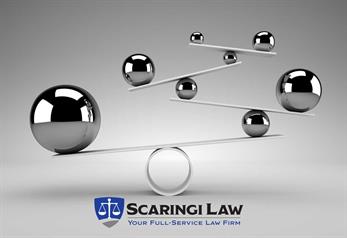 Every day across the Commonwealth, the hard-earned retirement accounts of divorcing Pennsylvanians are tapped to ensure an “equitable distribution” of marital property. Often, these incredibly valuable and nuanced assets are treated as though the balance of the account reflects its true value. But is that a realistic approach?

But to figure out what constitutes a fair share, we must first apply a reasonable value to each piece of property. Where substantial retirement accounts have been accumulated during the marriage, there is a big, often overlooked problem:

All dollars are not created equal.

There is a different value to a dollar in a checking account and a dollar invested in a defined contribution plan, defined benefit plan, or a taxable investment. Take, for example, a 401(k). A dollar in a 401(k) must be withdrawn before it can be spent. On withdrawal, the 401(k)-dollar incurs income tax and – for those under retirement age – penalties. A checking account dollar, on the other hand, can be freely spent or invested at any time, without tax or penalty.

Because of its accessibility, we can consider the spending power of the checking account dollar to be precisely that – one dollar. But the spending power of the 401(k)-dollar may be substantially lower depending on tax bracket, age, and current tax law. If you’ve reached retirement age and find yourself in the 25% federal income tax bracket, your 401(k)-dollar is worth about 75 cents, because to access the dollar for spending you must pay 25% in tax. If you haven’t reached retirement age, that same dollar would be worth about 65 cents after payment of the same taxes and a 10% penalty. This greatly affects the “fair share” where one spouse – who perhaps needs the money today to pay off debt – is offered money that might be inaccessible without tax and penalty.

There may be still other factors to consider beyond income tax and penalties. The dollar in the 401(k) can grow, without incurring capital gains tax, indefinitely until withdrawal. The dollar in the checking account can be invested any time, but whether it can be invested without incurring future capital gains depends on your specific financial circumstances.

Regardless of the ultimate effect these variables have on the value of your dollar, one thing is clear: each dollar has different values to different people. All too often, these distinctions are overlooked, and the equitable distribution of assets is determined by a dollar-to-dollar comparison of the balance of accounts to each party. But why is this overlooked?

Sometimes the account isn’t worth the cost of arguing over its value.

Appraisals of account values are often necessary to prove to a divorce master or court that an account is not worth its balance. Appraisals are not free. Without an appraisal or an agreed-upon value, the matter will be argued by the attorneys and ultimately resolved by a neutral arbiter who often looks to the account balance. Instead of opening the door to this costly argument, sometimes it is best for both parties to agree to use the balance of an account as its value. Simplicity is, sometimes, a virtue.

The only thing constant is change.

The value of any given dollar is subject to the tax consequences associated with that dollar, which change all the time. With each new regulation promulgated by the IRS, a revised value must be placed on each dollar, taking into account various factors including early withdrawal penalties, required minimum distributions, income tax bracket changes, and so on. Our tax laws are in constant flux, and therefore so is the true value of each investment you have.

Finally – and most importantly – attorneys and owners of retirement accounts alike often do not fully understand the tax consequences associated with various accounts. Sometimes, an attorney sees a 401(k) and a Roth IRA and thinks that they are roughly the same thing. But this is true only under certain circumstances. And for most of us, it is not true!

The tax ramifications associated with an asset are one of several factors at Section 3502 of the Divorce Code for determining what distribution is equitable in a divorce matter. If you want a fair distribution, you want an attorney who is familiar with these issues and doesn’t back down from math!

That’s why you want Scaringi Law Attorneys on your side. We have a broad spectrum of knowledgeable attorneys on staff with some focused on tax law and others who specialize on family law who can work together on your case to get you the best finial solution to your case.