Pass Or Fail of Trump Tax Plan, Have a Tax Plan For the Future 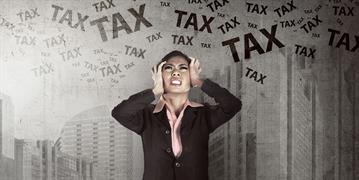 Tax season is coming, and the Trump administration has released a tax plan. The tax plan still has a ways to go before it evokes change in tax law. A budget must be passed. A bill must be drafted and released. Bills are frequently negotiated and amended to gain support in congress before voting. The final bill must then pass through both houses of congress. The final result may not look like the current proposal. However, it may make sense to start thinking about your tax planning, and decide if your tax strategy should be different this year than it was in past years. October may seem early to start preparing for income taxes, but there are some ways in which you can start strategizing now. Importantly, because Trump’s tax plan proposes some very significant changes, your income tax strategy may be very different this year than in past years. The Trump tax plan proposes to double the standard deduction and cut back significantly on what can be itemized. If it passes, you will only be allowed to itemize mortgage interest and charitable contributions. It only makes sense to itemize your deductions if your itemized deductions are more than the standard deduction. If these two changes pass, most people will not be itemizing. The Trump tax plan also proposes to eliminate personal exemptions, including exemptions for dependents. In exchange, it proposes to increase child tax credit and create credits for other dependents. Historically, not every parent who claims their child as a dependent also gets to claim the child tax credit. It therefore makes sense to look at the qualifications for the credit and make any changes necessary to ensure you will qualify. The tax plan also proposes to eliminate the Alternative Minimum Tax and eliminate the current 39.6% tax bracket affecting the wealthiest Americans so that the highest tax bracket will be 35%. The tax plan also lowers the maximum tax rate for small businesses, including sole proprietorships, partnerships, and S Corporations, and modifies the way in which businesses would handle deductions for expenses and depreciation. There is risk of confusion over the changes, which means it makes sense now more than ever for small business owners to hire a tax professional to assist with preparing tax returns.