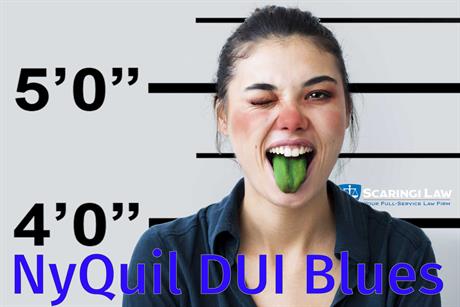 Most people are aware that driving after consuming alcohol or on illegal drugs can lead to a DUI. Another thing to be mindful of is that over-the-counter and even properly prescribed medications can lead to a DUI as well if they are inhibiting your behavior and actions so as to make your driving inattentive and erratic. There are some differences, however, to how these different types of DUIs are prosecuted. With alcohol, for someone of legal drinking age, there must be a Blood Alcohol Content (BAC) of at least .08 for there to be a DUI conviction. With controlled substances, though, for the most part, no specific amount is required to convict someone for DUI. Here is the controlling statute:

(d) Controlled substances.--An individual may not drive, operate or be in actual physical control of the movement of a vehicle under any of the following circumstances:

(1) There is in the individual's blood any amount of a:

(ii) Schedule II or Schedule III controlled substance, as defined in The Controlled Substance, Drug, Device and Cosmetic Act, which has not been medically prescribed for the individual; or

(iii) metabolite of a substance under subparagraph (i) or (ii).

(2) The individual is under the influence of a drug or combination of drugs to a degree which impairs the individual's ability to safely drive, operate or be in actual physical control of the movement of the vehicle.

(3) The individual is under the combined influence of alcohol and a drug or combination of drugs to a degree which impairs the individual's ability to safely drive, operate or be in actual physical control of the movement of the vehicle.

Also, driving with prescribed and over-the-counter medications, even if only taken as prescribed, can result in a DUI. Though the fact may be that you are driving unsafely on account of being drowsy from just having a cold and your body being exhausted, the presence of these drugs in your system will likely lead to a DUI charge. Law enforcement doesn’t accept excuses for unsafe driving. Even fatigue alone can lead to a charge of reckless driving if your driving seems impaired.

If you are being prosecuted for DUI, dial, 717 657 7770, to contact Scaringi Law’s experienced criminal defense attorneys.