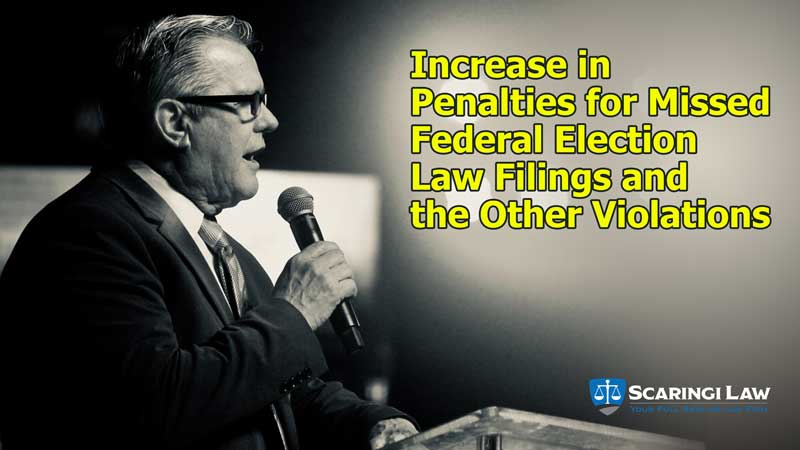 The Federal Election Commission (FEC), as required by federal law, has announced that it is adjusting for annual inflation (Cost of Living Adjustment of COLA) the civil monetary penalties for violations of the federal election laws, including penalties for late filing or non-filing of certain reports required by the Federal Election Campaign Act (FECA).

As adjusted, the potential civil penalty amounts for violations of federal campaign finance law have increased to range from $6,069 to $70,973 (from the previous range of $5,964 to $69,743). In regard to administrative fines imposed for late or non-filing of FEC reports, the penalty formulas have been adjusted for the COLA, as has the base amount used in the calculation formula for late or non-filed 48-hour notices.

The adjustments were published at 85 Fed. Reg. 47969 on August 7, 2020, and apply to penalties that are assessed on or after that date, even if the violation predated the increase.

For my information on federal or state election and campaign finance law, contact Scaringi Law at 717-657-7770.