5 things to know about living together, but apart, during a divorce 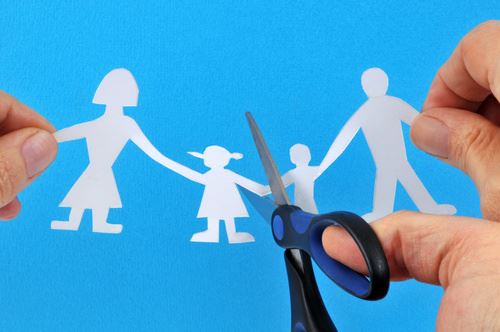 At its most basic, divorce is about dividing one family into two.

Where there was once a single household and one family budget, there will eventually be two. In this way, divorce can double a family's expenses, as it divides the family into two households of lesser economic means.

To blunt the monetary blow of divorce, some families opt to remain in the marital house while their "uncoupling" is finalized.

Here are five things to know should you try to navigate the emotional and financial minefield of cohabitating during divorce proceedings.

1. Make the best of a bad situation

The legal process can play out for a year or more, so if a couple decides they can stand each other long enough to continue to live together, it avoids the immediate burden of establishing two households -- and the near doubling of expenses.

2. Living apart while remaining together

With divorce looming, life doesn't go on as normal, even if the couple opts to remain under the marital roof. Divorcing spouses must devise a detailed plan for how they plan to live apart while remaining together, including who pays for what costs.

The splitting of expenses should be relatively even so neither is owed a credit at the time of the property settlement. And the financial contributions of both parties should be tracked.

If the couple can get past the emotion and acrimony of the divorce, dividing and sharing household expenses can be a shrewd financial move that saves both parties thousands of dollars.

By continuing to live under the same roof, the lesser-earning spouse may sacrifice his or her ability to sue for spousal support during the divorce proceeding.

Theoretically, it might be doable if it could be shown that the higher-earning spouse was not contributing to the maintenance of the other spouse. The lesser-earning spouse could make the case for support, but it would be difficult. And since the couple has made the commitment to cohabitate, it might help ease tensions to forego a legal battle over support that won't add up to much money, anyway.

4. Best interest of the children

One of the biggest benefits of continuing to live under the same roof is minimizing the disruption for any children. The kids can continue going to school, playing with friends and living their lives close to normal, as long as domestic tension is minimized.

5. When living together is no longer an option

Some cohabitating divorcing couples thrive, using the extra time together to inventory property, catalog assets, and discuss values -- even reaching agreements on property settlements and custody. These couples can separate emotion from financial decision-making and future planning by staying civil.

However, this option isn't for everyone.

Some spouses simply can't rise above the bitterness. They may remain in the marital home out of spite or stubbornness. The situation devolves into a domestic cold war, where eventually, one spouse or the other usually reaches the breaking point.

Then, it is time for one spouse to petition for exclusive possession of the home. Next, it's up to a judge to decide which spouse shall be awarded sole possession of the residence while the case continues. Eventually, the marital home will be disposed of in the property settlement.

Factors that can sway a judge include the relative physical and financial health of the spouses and the proximity of other family members where a spouse could stay. The judge often favors the spouse who has less ability to move. In addition, the court will want any children to remain in the marital home. Thus if one parent performs the lion's share of child care, he or she will have the inside track to stay put.

The judge also weighs each spouse's ability to financially maintain the residence. Finally, to the extent that one spouse can show he or she faces threats, harassment, name-calling or the like from the other spouse, a judge will likely remove the offending spouse.

Should a spouse file for a Protection from Abuse order, the other spouse may be immediately removed from the home, pending a hearing on the PFA petition. If it's found that the endangered spouse is in danger of immediate physical harm or has been placed in fear of immediate bodily injury, the endangered spouse may be awarded exclusive possession of the house for the duration of the PFA Order.

When abuse is not occurring but a couple wasn't meant to be together, continuing to live in the marital home while divorcing can be a viable, financially advantageous option.