Many federal laws protect civil service employees from losing their jobs, but the protections only go so far. 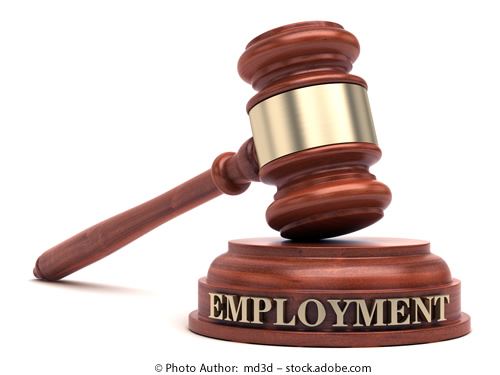 A worker who faces an "adverse employment action," such as a written reprimand or termination, is covered under the federal Merit System Principles, but actions such as repeated theft and insubordination extend far beyond the protections of the law.

An employee's due process rights include the right to appeal an adverse action to the Merit Systems Protection Board (MSPB), which is the federal equivalent of the Pennsylvania State Civil Service Commission, as an adjudicator in employee-manager disputes.

A review of MSPB cases that were appealed in court points to five "never-do's" to keep your federal career on track:

Some employees just can't let go of a toxic personal relationship or tension with a supervisor - even when the case goes before the MSPB and careers are on the line.

One of the most outrageous examples is an employee who represented himself before the board and questioned his supervisor on the witness stand. Unfortunately, the employee not only hurled questions, but insults - all of them on the record.

Needless to say, that employee ended up proving the federal agency's case. His first disciplinary action-- suspension -was increased to an outright removal. With those insults on the record, the employee's dismissal held up on appeal.

2. Mitigating factors are your friend

Everyone has a bad day now and then. Thankfully, under the federal Merit System Principles, an employee's entire career and performance record must be taken into account in discipline cases.

Eleven mitigating factors can help blunt discipline actions. Among the more important factors are the seriousness of the offense, past disciplinary record, past work record, consistency of the penalty with an agency's table of available penalties, and the potential for the employee's rehabilitation.

In a recent MSPB case, a worker was disciplined for allegedly disrespectful conduct. All agreed that the employee displayed both anger and frustration when her boss questioned her about a leave slip, but the MSPB also took into account that the employee was suffering from anxiety and depression and had an otherwise spotless 20-year record.

As a result, the MSPB found that a letter of reprimand was the maximum reasonable penalty for one angry outburst.

3. Insubordination, except when it's not

The charge of insubordination -- refusing to follow a direction, instruction or order on the job - is a constant theme in MSPB cases.

But even in cases dealing with this most serious of charges, context counts. Nowhere is this point made clearer than in a case originating at a military installation, concerning the actions of a federal civilian employee who flatly refused a supervisor's direct order to turn over certain documents.

Typically, such a case might meet with the harshest possible punishment. But in this incident, the supervisor's order was actually illegal. Therefore, the employee's refusal was considered legitimate, and the charge of insubordination was thrown out. Caution: Do not construe this result as carte blanche to disobey supervisors' directions. Each case is dependent on its own facts.

There's no easier way to place one's federal career in jeopardy than by engaging in a pattern of misbehavior.

The MSPB can select from a menu of discipline, from minimal punishments, such as written reprimands and suspensions of 14 days or less, to the most severe: suspensions of more than 14 days; reductions in grade and/or pay; furlough; and finally, removal.

Part of the reason for this graduated discipline code is to allow federal workers to redeem themselves for one-time mistakes. But for repeated offenses, such as chronic absenteeism, the pattern of misbehavior is almost always damning.

Take the case of the repeat cafeteria thief. In upholding his removal, the MSPB cited the employee's numerous prior petty thefts in the workplace cafeteria.

Even appealing the termination to court did not help. The employee had amassed such a pattern of bad behavior, it more than justified the firing.

5. Fool for a client

When facing an adverse disciplinary action that could end one's federal career, it's best to turn to an experienced federal employment law attorney for assistance. An attorney can assess your case, prioritize the charges against you, find the weak points in the agency's case, maximize the protections and principles in the law, and use the federal mitigating factors to attack and lessen the severity of the punishment.