The Concealed Carry Reciprocity Act passed the U.S. House of Representatives on December 6, 2017 by a vote of 231-198, mostly along party lines. The bill had 213 co-sponsors and the support of 24 state attorneys general, according to Fox News. The bill now moves to the Senate for consideration.

The bill would allow gun owners with concealed-carry permits from one state to carry firearms in another state that allows concealed-carry permits. Under existing law, a gun-owner with a license to carry from his or her home state could be committing a serious crime upon crossing the border into a neighboring state. To comply with the Act, a person must not be prohibited by federal law from possessing, transporting or receiving a firearm, must carry valid photo identification, and must carry a valid license or permit to carry a concealed firearm from the state in which he resides.

Under the Act, a person who carries a concealed handgun in accordance with the requirements of the Act could not be arrested or detained for violating a state law relating to carrying firearms unless there were probable cause to believe the person is doing so in violation of the Act. When a person successfully 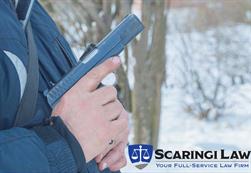 asserted the act as a defense in a criminal proceeding, the court would be required to award the prevailing defendant a reasonable attorney’s fee.

Furthermore, a person who is deprived of his or her rights under the Act would be able to bring an action against a state, person, or local government unit for damages and other appropriate relief for the deprivation, including an award of reasonable attorneys’ fees.

A person in compliance with the Act would be able to carry a concealed handgun in the National Park System, the National Wildlife Refuge system, and land under the Bureau of Land Management, the Army Corps of Engineers, the Bureau of Reclamation, and the Forest Service.

Keep in mind that this measure is not yet law; so far, it has been passed only by the House of Representatives. It’s possible the Senate could water down the House bill’s provisions, or even reject it altogether. Nevertheless, efforts made over the years to get such a bill through the House have finally proven successful.

Stay tuned. In the meantime, if you have questions concerning limits on your right to keep and bear arms, our lawyers are available to answer them. Call 717 775 7195 to schedule a consultation.