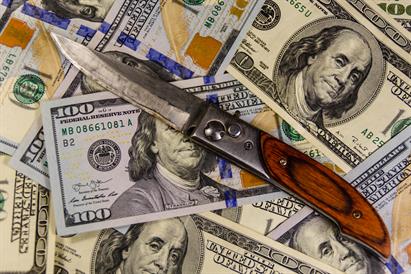 By Attorney Nichole A. Collins, Esq.

On October 10th and 11th, 2017, my colleague, Anthony E. Miley, Esquire, and I battled the Commonwealth on behalf of our client, a sandwich shop worker wrongly accused and charged with felony counts of burglary, conspiracy, and criminal trespass and misdemeanor counts of receiving stolen property, false reports, and theft. After two full days of trial, the jury of our peers deliberated for one hour and thirty-six minutes, before reaching a verdict – not guilty on all charges.

On the cold, snowy morning of December 9, 2013, our client walked to work, the Subway restaurant in Conewago Township, Adams County, Pennsylvania, and began going through his usual routine in preparation to open the restaurant at 7:00 a.m. He was not scheduled to work that morning, but picked up a shift at the last minute to cover for his manager. While he was bent down laying out the floor mats, two armed criminals burst through the front doors and assaulted him. With a knife to his throat, he reluctantly complied with the demand to open the cash register and the safe. He was then shoved into a walk-in refrigerator and ordered to stay there while the burglars escaped, their faces covered with bandanas. Eight surveillance cameras captured the attack on tape.

He exited the walk-in fridge a few minutes after the assailants left the building and immediately called 911. The audio of the call was played during trial, our client sounded afraid, short of breath, and on the verge of a panic attack. The video shows him pacing around outside the restaurant while on the phone with the dispatcher, nervously waiting for the police to arrive. He was cooperative with the investigating officer, and subsequently the assigned detective. He continued to work at Subway following the burglary, although his hours were severely decreased to the point where he was forced to find alternative employment.

More than three years later, on April 17, 2017, our client was victimized for the second time when felony criminal charges stemming from the 2013 Subway burglary were filed against him. The Commonwealth alleged it was “an inside job” and that our client conspired with the two men that assaulted him and staged the crime. Per the Assistant District Attorney, the plan was to “equally divide” the money stolen from Subway. All $850.00 of it. Our client along – with the actual burglars – were charged with the alleged conspiracy. The actual co-conspirators got “sweet plea deals” from the Commonwealth in exchange for their testimony against our client. Our client’s fate rested in the hands of the jury. Although the jury ultimately got it right and found our client not guilty of all charges, the road leading up to his acquittal was difficult for him and his family. Was justice really served for our client given the stress and anxiety of having to suffer trial nearly four years after he was assaulted at knife-point?

If you are the victim of a burglary, especially if the incident occurred at your place of employment, you need to speak with an experienced criminal defense attorney right away. Do not be the victim of an “inside job,” allegation and investigation. Do speak with an attorney prior to giving information to the police, which can and will be used against you. Call 717-657-7770 and schedule a initial consultation with one of Scaringi Law’s seasoned criminal defense attorneys today.