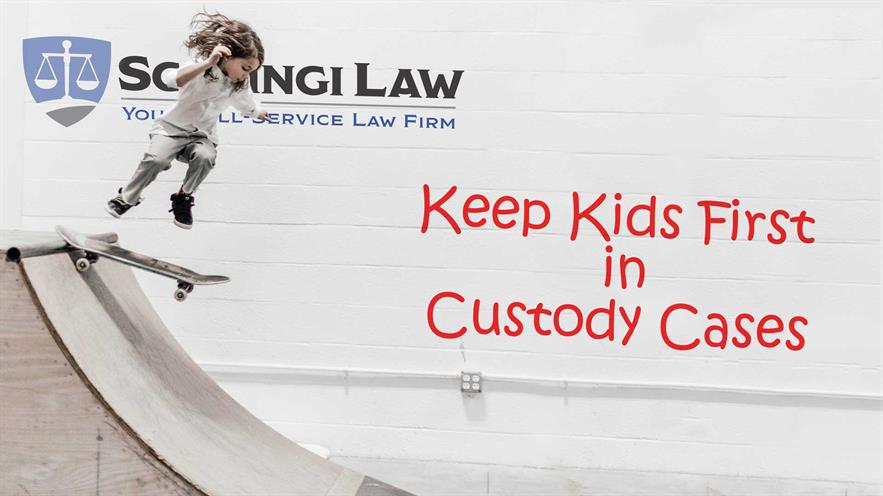 Custody matters are often some of the most contentious and quarrelsome cases that I handle. For obvious reasons, people take the ability to see their children very seriously. Many of my clients come to me ready to have their day in court where they intend to go in with fire and fury telling the Judge every bad thing they can think of about the other parent.

Courts are, however, increasingly making efforts to move away from this contentious paradigm and provide incentives for parents to work together, rather than against each other. In one of the judicial districts where I practice, upon the filing of a custody complaint, both parties are required to attend a program known as Kids First and a mediation orientation session with trained mediators. There will be no appearance in court until the parents meet these obligations. The goal is to educate the parents about the importance of putting their children’s interests first in these matters and then to show them how they can work together toward a custody arrangement that works best for their children. This judicial district is also sending the message that theCourt will not even schedule a custody hearing unless the parties have first made efforts to resolve the matter in an uncontentious way.

Even if the case does advance to a hearing before a judge, it is important to understand the law calls for judges to consider what is in the best interest of the child. They do not want to hear the parents sling insults at each other or denigrate one another’s lifestyle. Of course, some lifestyle choices, such as drug or alcohol usage, are relevant and appropriate to bring into evidence at a custody hearing. If you are embroiled in a custody matter, contact Scaringi Law’s experienced family law attorneys to help you work toward the resolution that is best for you and your children.