But On TV… They Have to Read Your Miranda Rights… 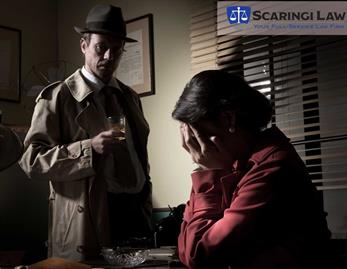 I have had countless clients in the past tell me something similar to the following: “Don’t worry, they never read me my Miranda rights so these charges will just be dismissed.” Unfortunately, it is not nearly so simple.

It is true that the 1966 United States Supreme Court case of Miranda v. Arizona held that police must advise people, upon taking them into custody for an alleged crime, of their Fifth Amendment rights against self-incrimination. The Court ruled that police should advise people of their right to remain silent, the fact that anything they say can and will be used against them in court, their right to an attorney, and that, if they cannot afford an attorney, one will be appointed for them. Practically speaking, however, this holding should not be viewed as an absolute requirement in every single arrest so much as a necessity for police looking to preserve certain evidence for usage at trial.

If police fail to advise of these rights, it does not mean the charges are automatically dismissed. If, however, the individual arrested makes statements to police after having been taken into custody, those statements may not be used against them in court unless the police fulfilled their duty to advise of Miranda rights. The prosecution also cannot use any evidence that is derived from statements made in custody without reading of Miranda rights. An experienced defense attorney knows how to analyze a case and determine if it would be beneficial to file a suppression motion to assert one’s Fifth Amendment rights in the wake of a confession that may have occurred while in custody after police failure to advise of Miranda rights.

If you have been charged with a crime, contact a criminal defense attorney at Scaringi Law, 717 775 7195, so that we can examine whether police met their constitutional burden to apprise you of your rights and discover any potential cracks in the government’s case.