Money In Politics? You Bet. 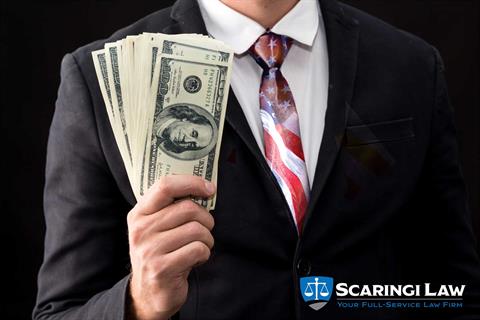 In the past couple decades there's been much hue and cry about “money in politics.” Much of this was stoked by U.S. Senator John McCain, who with former Wisconsin Senator Russ Feingold, wrote the McCain-Feingold law, which the Supreme Court eventually held to be unconstitutional.

There's money in politics because a candidate can only make himself or herself and his/her positions known to the electorate by spending money. Unless you're Donald Trump and have already invested many millions of dollars over a period of decades to make a name for yourself, you need to spend money to get your name and your message out to the electorate. Sure, there are stories of candidates who have gone “door-to-door” to meet the voters and have won elections. However, in many instances that's a lot of people and a lot of time, which is a precious commodity. You can't go door-to-door when you're managing your campaign, making public appearances, and engaging in debates and candidates' nights. You need publicity, and that costs money, whether it's in radio and TV ads or printing up brochures, mailers and yard signs.

And publicity is not the only thing for which you'll need money. It's not uncommon for a candidate to challenge an opponent's nominating petitions. If you're that candidate or that opponent, you'll soon be on the phone to somebody like me: the time frame for judicial resolution of such challenges is extremely short. The rush is to determine who will be on the ballot and who will not, so that ballots and machines can be ready in time for the election. If you're on the receiving end of a challenge to your petitions, you'll be in court within a matter of a few days.

What if you've worked your heart out on your campaign and then lose the primary election by a few votes? Or what if you win and your opponent loses by a handful of votes? Recount procedures in Pennsylvania require you and your campaign organization (you'd better have an adequate one) to spring into action  instantly. If you're on the losing end, you may also need an attorney to file a petition for a recount.

When you enter the political fray, there will almost always be someone who wants what you want just as badly as you do, or even more. If the sacrifice and grind of running for office is worth the trouble, you must have in place a reserve of money --the “lifeblood of politics” --that will equip you to address the obstacles of petition challenges and recounts, among other obstacles you might face on your road to public office.

If during the election cycles you find yourself facing a petition challenge or need a recount, if other legal problems complicate your campaign, or you need guidance in organizing and running a campaign, call our office 717 657 7770 for a consultation. Our firm has attorneys experienced in these matters.