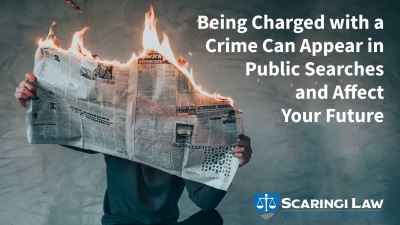 Most newspapers contain sections dedicated to letting the public know who among them has been charged with a crime. Rubbernecking readers are sure to gobble up these sections.

I have had numerous clients ask me, “how is that legal when I have only been charged and not even yet convicted!?” or “what can I do about the fact that what they printed about me isn’t true?” The fact is, newspapers rely on press releases received from the police, and are merely printing what the police have told them. Of course, if a newspaper somehow prints an article indicating someone is charged with a crime, and that person is not in fact charged with any crime, and that person suffers some demonstrable injury, financial or otherwise, there may be a civil claim available to them. A newspaper merely printing what it has been told by the police, though, is not defamation.

This unwanted public exposure is one of several consequences of a criminal charge or conviction that are, perhaps, not immediately apparent. Everyone knows if they are convicted of committing a crime, they will face punishment such as jail time, probation, and fines. There are, however, these less tangible consequences such as damage to one’s reputation. Conviction for a felony offense can also impact one’s ability to vote or to take part in government funded housing programs and will result in the loss of one’s right to possess a firearm. A criminal charge or conviction appearing on a background check can have an obvious negative impact on any employment search.

If you are charged with a crime, contact Scaringi Law’s experienced criminal defense attorneys to advise you about the potential consequences of your situation and to guide you to the best possible outcome. Call 717 657 7770.