Do I Have to Give Back my Wedding Rings After Divorce? 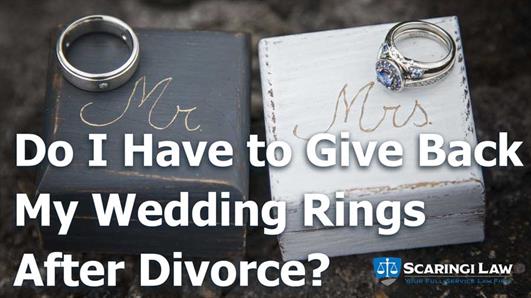 If you don’t like the harshness of these rules of law as applied to wedding and engagement rings, you and your intended spouse can enter an agreement that overrides the law. That’s called a prenuptial agreement.

Marriage affects the rest of your life, even if the marriage ends. If you’re considering marriage, feel free to call 717 657 7770 to schedule a consultation about prenuptial agreements, estate planning and matrimonial law.