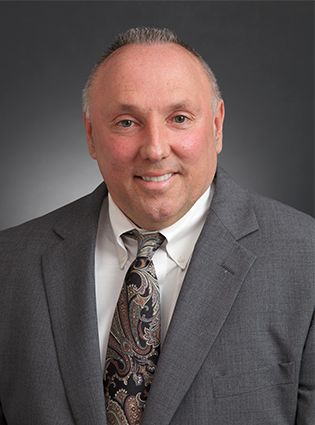 A revolution is happening all across the food and beverage industry. So-called "foodies" rule, and the emphasis is on locally crafted products that can be traced right to their source. One can see this in the proliferation of farm-to-table restaurants, burgeoning microbreweries and, yes, in the growing number of wineries springing up across the country.

In order to thrive, many mini-wineries have turned to the Internet, which has re-written the rules of retail when it comes to marketing, selling and distributing locally made wine on a national scale.

But Pennsylvania, with its restrictive rules on alcohol sales, has remained largely on the sidelines when it comes to allowing direct-order wine distribution. The Keystone State has kept up its resistance even in the face of a U.S. Supreme Court ruling in 2005 that made it unlawful for states to disallow the flow of out-of-state wine across their borders.

Pennsylvania has never fully complied with the high court ruling. As a result, some 19 states that feel that their wineries are blocked from selling in Pennsylvania have returned the favor by holding up wine imports from the commonwealth. This is hurting wine lovers and local wineries alike.

Enter newly amended state House Bill 189, which may finally free up direct-order wines sales into and out of Pennsylvania. The legislation has cleared the Senate and is back in the House for final consideration.

Wine, delivered to your door

The modified HB 189 would create a direct wine shippers license that could be obtained by virtually any U.S. winery on a one-year renewable basis, with a $100 application fee.

To qualify, the out-of-state winery must supply copies of its state license and must obtain a Pennsylvania tax license so that the appropriate state sales tax is collected and remitted on every bottle.

Once these hurdles are cleared, the newly licensed out-of-state winery would be free to ship its bottles directly to Pennsylvania consumers. Gone would be the current and complicated compromise of having designated out-of-state wineries ship to local state stores, where customers must come and pick up the bottles.

Also under the current system, Pennsylvania piled on the 18 percent "Johnstown Flood tax" to every out-of-state shipment and purchase. Under the proposed system, that would be replaced by a $1-per-gallon excise tax, a rate in line with the 72-cent national average for such levies.

If passed, the legislation would put Pennsylvania in good standing among the growing community of state wine producers, putting an end to the cold shoulder other states have been giving to Pennsylvania-produced wine. The result should be a freer flow of wine back and forth across state lines.

When the wine arrives ...

For the wine lover, it means the sampling size would expand to include many more micro-wineries across the country. But when that package comes to your door from an out-of-state winery, there would be some added rules under the current version of HB 189.

For starters, the box must be specially labeled as containing alcohol, and the package must be signed for by someone age 21 or over. What is more, the imported wine must be for personal use only. Any reselling would be strictly prohibited and punishable by a misdemeanor charge and a $400 fine.

Still, this would amount to another major reform, continuing the trend of loosening the state liquor code for the 21st century.

As former chief prosecutor for the PLCB's Nuisance Bar program and past assistant counsel to the PLCB attorney, Frank C. Sluzis of Scaringi Law is among Pennsylvania's leading experts in representing the interests of alcohol-serving establishments. He can be reached at 877-LAW-2555 or info@scaringilaw.com