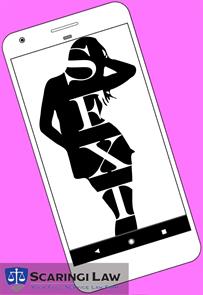 With the increasing presence of cell phones in the teenagers’ lives, police have been called upon to investigate a growing number of “sexting” cases. Pursuant to 18 Pa.C.S. 6321 - Transmission of Sexually Explicit Images by a Minor, it is a crime for a minor to send or disseminate images of someone younger than 18 in a state of nudity. When a minor sends a photograph of themselves in a state of undress described by the statute, they can be charged with a summary offense. Summaries are relatively minor and more akin to a traffic offense than a traditional criminal charge. When a minor receives an image from another and passes it along to a third party, they can be charged with a misdemeanor of the third degree. When a minor receives an image from another and disseminates it to numerous people, they can be charged with a misdemeanor of the second degree. Misdemeanors are more serious than summaries and carry harsher potential criminal penalties, but are not in the same ballpark as felony child pornography charges, which were the go-to charges for police prior to the legislature’s enactment of this “sexting” statute. Every case is different, and the extent of the dissemination of any lewd images can still be a factor for the police or prosecution to consider whether to file far more serious charges – such as the aforementioned child pornography charges – and invoke possible registration as a sex offender.

If your child has become involved in an investigation regarding “sexting,” contact Scaringi Law at (717) 775-7195 today so we can advise the best course of action and ensure the situation does not become one that follows your child into adulthood.