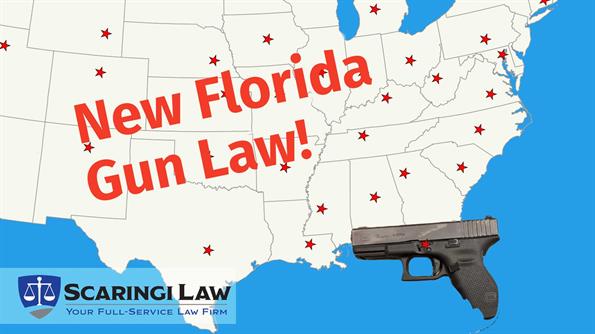 Law enforcement authorities in Florida are not waiting for the next Nikolas Cruz to show up at a school and start shooting. Under a new Florida law prompted by Cruz's deadly shooting at a Parkland, Florida high school on February 14, 2018, law enforcement officers are empowered to seize firearms when seizing persons for involuntary mental health treatment, and to seek longer- term “risk protection orders” under certain circumstances.

Under the “Marjory Stoneman Douglas High School Public Safety Act,” signed by Florida's governor on March 9, 2018, a law enforcement officer, when taking such a person into custody, “may seize and hold a firearm or any ammunition the person possesses at the time of taking him or her into custody if the person poses a potential danger to himself or herself or others and has made a credible threat of violence against another person.” An officer may petition a court for a risk protection order, which enables the officer to seize other firearms belonging to the person that were not seized at the time of the arrest. Firearms seized at the time of arrest must be returned within 24 hours after the person can document that he is no longer subject to involuntary examination and has been released from involuntary treatment, subject to the procedure for seeking a risk protection order.

After a hearing, the court must issue a risk protection order if it finds, by “clear and convincing evidence,” that the person involved poses a significant danger of causing personal injury to self or others by having in his/her custody or control, or purchasing a firearm or ammunition. The order can be effective for up to a year. The court will also have the power to order a mental health or chemical dependency evaluation.

The respondent will have one opportunity to ask the court to vacate the risk protection order after the initial order, and one opportunity after each extension of the order. The respondent has the burden of proving, by clear and convincing evidence, that he/she no longer poses a significant danger of causing personal injury to self or others by possessing or purchasing a firearm or ammunition.

Under Pennsylvania law, except when seizing firearms as evidence of a crime, law enforcement officers may only seize firearms upon order of a court. Typically, this will be a protection-from-abuse order, pursuant to statute.

Florida's new law is a very pro-active piece of legislation. Provided warning signs such as those repeatedly exhibited by Nikolas Cruz are not ignored by those authorities in a position to make a difference, it could save lives.

Brian C. Caffrey handles firearm law for Scaringi Law. If you need to discuss a firearm issue schedule a consultation, 717 657 7770.