How Summary Offenses Are Tried 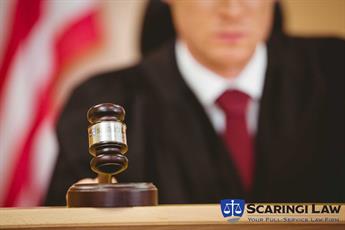 Summaries are the least serious category of offenses one may be charged with in Pennsylvania. Contrary to a prosecution involving a misdemeanor or felony offense, an ultimate determination of guilt, or lack thereof, can be made by a Magisterial District Judge in a summary prosecution. Summary cases, by rule, are not able to advance to trial before a judge or jury at the Court of Common Pleas level, unless they are charged along with felonies or misdemeanors. Instead, if someone is charged with a summary offense and fights the case, they do so by defending themselves at a Summary Trial before the Magisterial District Judge. If there is a finding of guilt, the defendant has the right to file an appeal, within 30 days, to the Court of Common Pleas. The Court will then schedule a Summary Appeal Hearing which will still not involve a jury, but will be held before a Common Pleas Judge.

If you have been charged with a summary offense, contact Scaringi Law’s team of experienced defense attorneys, 717 775 7195, to advise you of your rights and, if appropriate, defend you at a Summary Trial and/or Summary Appeal Hearing.