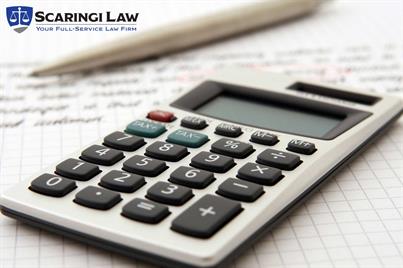 The new tax law that recently went into effect for the 2018 tax year has some major implications for divorced or divorcing couples. In prior years, alimony and spousal support payments received tax treatment that was uniquely different from child support and equitable distribution. Alimony and spousal support payments were deductible to the person paying them and counted as income to the person receiving them. Effectively, this meant the alimony money was taxed at the rate of the lower-income-earning recipient spouse instead of at the tax rate of the higher-income-earning payor spouse. Under the new tax code, alimony and spousal support are no longer deductible to the payor and taxable to the recipient, which means it is effectively taxed at the higher tax rate applicable to the higher-income-earning payor spouse.

The shift in tax responsibility from the recipient to the payor makes a big difference in how much alimony is effectively being paid by the payor and received by the recipient. Let’s look at an example.

EXAMPLE: Jeff and Susan – Alimony, No Children
Jeff and Susan got divorced, and Jeff was ordered to pay Susan $4,000 per month in alimony. Jeff’s adjusted gross income is $200,000 per year. Susan’s income from her employment is $20,000 per year. Both file their income taxes as single individuals and neither has any dependents.

2017 Tax Code:
Under the 2017 tax code, Jeff could take a personal exemption of $4,050. Jeff could deduct the $48,000 he paid to Susan from his income taxes by itemizing. He would also be able to take any other itemized deductions. I am estimating he can deduct $500 in medical expenses, $6,140 in state taxes at the Pennsylvania 3.07% tax rate, and has a 1.5% local tax rate resulting in local taxes of $3,000. He can itemize those to the extent that they exceed 2% of his income, so his itemized deductions are $53,640. Itemizing reduces his taxable income to $146,360. Using the 2017 stepped tax rates and structure, his federal tax liability with the alimony deduction is $27,056. By paying alimony to Susan and deducting the alimony from his taxable income, he avoided $12,917 in tax as compared to what he would have paid if he did not have an alimony obligation. Effectively, he only lost the benefit of $35,083 in income by paying Susan $48,000 in alimony.

Under the 2018 tax code, Susan received $20,000 in wages from her employment and her alimony is not taxed as income. There is no personal exemption and Susan’s standard deduction is $12,000. Her taxable income for 2018 is $8,000. Using the 2018 stepped tax rates and structure, her federal tax liability is $800. Susan’s taxes did not increase from receiving alimony, so she effectively receives the benefit of the full $48,000 in alimony.

Spousal support can always be modified, unless it is agreed to in a writing that contains a non-modification provision, and Domestic Relations takes your tax obligations into consideration as part of their support calculations. Alimony is much more difficult to modify, but in some cases can be modified or terminated if you are able to prove there has been a substantial and continuing change in circumstances. If the changes to the 2018 tax code are forcing you to pay more in taxes on your spousal support or alimony payments, contact a family law attorney and ask whether you can modify your support order.

Scaringi Law Attorney Kelly M. Walsh is ready to help you with tax preparation, defense in civil or criminal tax proceedings, or resolving tax issues, involving tax liens, installments, back taxes. For a consultation call us at 717 657 7770.