Must You Be a Registered Republican to Run for Public Office in a Republican Primary? 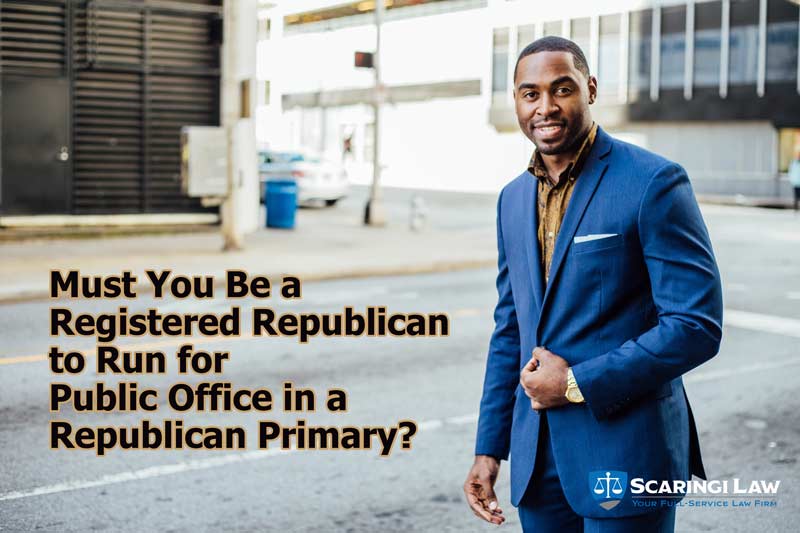 I was recently asked this question by a prospective client. The answer is no. You can be a registered Democrat or someone who is not registered in any political party, yet still be eligible to run in a Republican primary nomination contest; the same rule applies to all other political parties. Although voters must be registered as a member of the political party to vote in that political party’s primary election, the actual candidate for whom they intend to vote need not be.

The Pennsylvania Supreme Court addressed this issue in the case Egan v. Mele, 535 Pa. 201 (1993). In this case a candidate, who was not a member of any political party, filed a nominating petition to run for the office of Magisterial District Judge as both a Democrat and a Republican. The Montgomery County Election Board challenged his petition on among other grounds that he was not a registered member of either political party.

The Montgomery County Court of Common Pleas ruled in favor of the Elections Board and against the candidate. Its decision was affirmed (meaning it was agreed with) by the Pennsylvania Commonwealth Court. The Pennsylvania Supreme Court, however, reversed and ordered the county Elections Board to add the candidate’s name to both the Democrat and Republican Party ballots. The Supreme Court explained that:

Although the assumption may be that only party members will be nominated, the Election Code does not require party membership for district justice candidates. The Election Code requires party membership only for persons who sign the nomination petition, vote at the primary, or run for party officer, member or delegate of any party committee, or delegate or alternate delegate to any party convention. See 25 P.S. §§ 2832, 2867, 2868. A candidate for the office of district justice need not be a party member. See 25 P.S. § 2870(g).

A review of the candidate’s affidavit requirement as set forth in 25 P.S. § 2870 reveals that in order to have his nominating petitions accepted the candidate must swear or affirm that he meets several criteria – none of the criteria required him to be a registered member of the political party for which he was seeking the nomination. This rule does not only apply to Magisterial District Judge offices, it applies to all public offices. However, this rule does not apply to political party offices; they are not “public” offices; they are party offices and that makes a difference. For example, if you wish to run to become a member of the Republican State Committee, you must be a registered member of the Republican Party; if not, you’re ineligible.

If you have any questions or concerns about Pennsylvania Election Law, do not hesitate to contact me at 717-657-7770.