How Does A Custody Case Move If Both Parents Have Relocated? 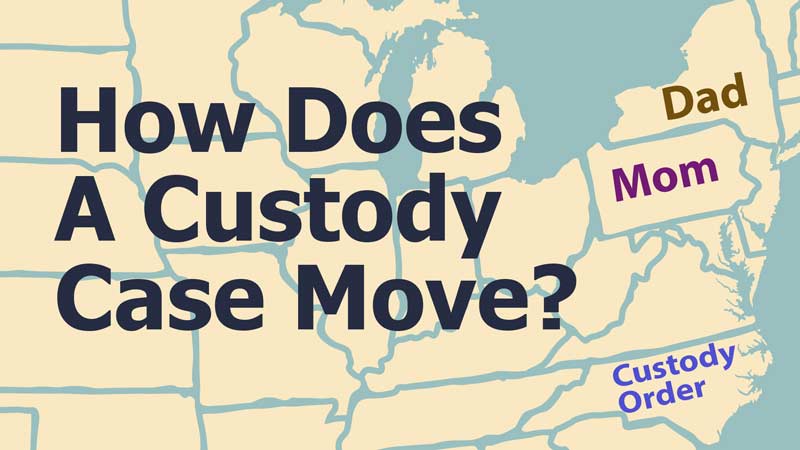 In custody disputes involving multiple states, the Uniform Child Custody Jurisdiction and Enforcement Act (UCCJEA) controls which state has jurisdiction over the litigation. Essentially, states have agreed to operate under the UCCJEA in custody case.

The UCCJEA defines which state is the child’s “home state,” which determines the appropriate state to exercise exclusive and continuing jurisdiction in the custody case. Pursuant to the UCCJEA, the “home state” of the child is the state in which a child lived with a parent or a person acting as a parent for at least six consecutive months immediately before the commencement of a child custody proceeding. If the child is younger than six months, the appropriate state is the state in which the child has resided from birth.

Pursuant to the UCCJEA, whichever county and state the child has lived in for the within six months prior to the commencement of the proceeding is the court that has jurisdiction over the custody proceeding. If the child is younger than six months, the appropriate state is the state in which the child has resided from birth.

Generally, if a court has already been involved and issued a custody order, that court will remain the court with jurisdiction over the case. If one parent moves to another state, they cannot simply file a new custody action there without recognition of the order in the child’s home state. The home state maintains jurisdiction until:

If there is no longer a significant connection or none of the parties involved reside in Pennsylvania, the case may be transferred to the appropriate state under the UCCJEA.

States may also exercise temporary emergency jurisdiction in the event that “the child has been abandoned or it is necessary in an emergency to protect the child because the child or a sibling or parent of the child is subjected to or threatened with mistreatment or abuse.” This is true even if the state is not the most appropriate state to handle the custody case

If you are embroiled in a multistate custody dispute, contact Scaringi Law’s experienced custody attorneys at once.