PA DUI Laws: What Does This Complaint Mean? 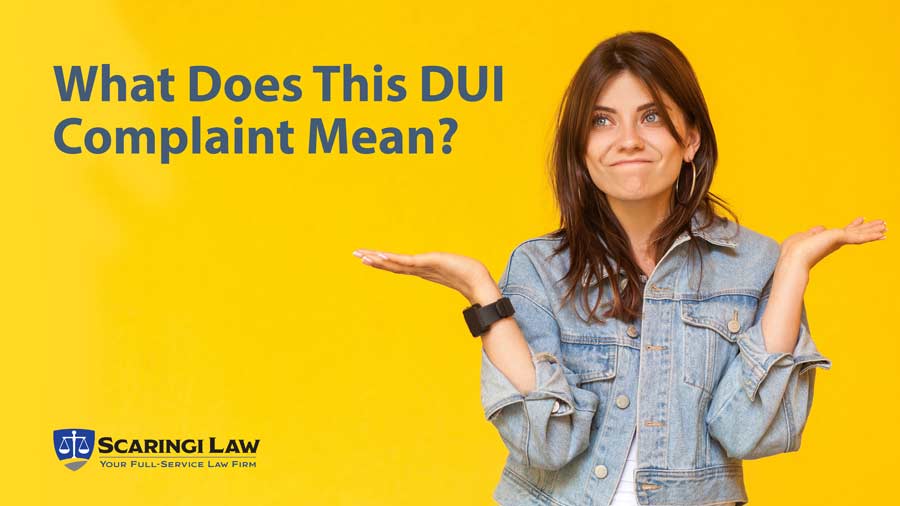 The worst has happened. You’ve been charged with DUI and you’ve received a Criminal Complaint in the mail. So, what does this complaint mean?

Many people ask me similar questions every time they get a DUI Complaint in the mail: Why have I been charged with TWO COUNTS of DUI when I was only pulled over once? Am I being charged twice? What does this mean for me?

The answer to this question has to deal with how Pennsylvania grades DUI offense. Most people have the general knowledge that it is illegal to drive when your blood alcohol concentration is at above 0.08%. However, this is only a piece of the overall picture. In fact, this “common knowledge” can be misleading in a way. Many people don’t know that you can be convicted for DUI even if the police don’t know what your BAC was at the time you were driving.

Section 3802 describes the violation of driving under the influence of alcohol or a controlled substance. It’s broken down into 3 primary tiers, with Tier 1 being the lowest and Tier 3 being the highest or more severe offense.

Right off the bat, do you notice the glaring omission from this law? Nowhere does it reference Blood Alcohol Content (BAC). Most people don’t know this fact, but a straight reading of the law says that you can be convicted of DUI if the Commonwealth can prove beyond a reasonable doubt that you had any amount of alcohol in your system, that you were driving a vehicle, AND the alcohol in your system, regardless of the BAC, rendered you incapable of driving or operating a motor vehicle safely.

Do you see the difference between these two provisions? The second portion of the law includes the commonly referenced BAC of 0.08%. HOWEVER, unlike the first part, it doesn’t say anything about whether the individual is “incapable of driving safely.” See, if you are driving and your blood alcohol content is above 0.08%, you have broken the law and can be convicted as such. However, if you’re driving and your blood alcohol content is less than 0.08%, you CAN STILL BE CONVICTED of DUI if the Commonwealth can prove beyond a reasonable doubt that you had alcohol in your blood while driving, and it rendered you incapable of driving safely.

This is what people are seeing in the Criminal Complaint that confuses them. When you are charged with DUI, the police charge you with every possible provision for which you could be in violation. If you later plead guilty or are convicted of DUI, the two provisions will merge for the purposes of sentencing and you will only be convicted of one DUI offense.

Once you understand this distinction, the remaining Tiers are much easier to understand. Tier II is reserved for individuals whose BAC is at least 0.10%, but less than 0.16%. Similarly, a Tier III violation indicates those who have a BAC of 0.16% or greater (or they have a controlled substance in their blood.

The answer to the above question is…kind of. When filing criminal charges, the police will always charge an individual with the most serious offense for which they could be convicted AND every lesser included offense. For example, if an individual had a BAC of 0.23%, this would put him in the highest Tier (Tier III) and an officer will charge him as such. However, the officer will also charge the individual with the lowest Tier (Tier I) offense in case the blood results are inadmissible in court. So, if the Tier III offense doesn’t prevail, the Commonwealth may still be able to convict someone on the Tier I offense. In the alternative, if an individual is convicted of Tier III DUI, the lesser offense will “merge” and it will only reflect that this person has been convicted of One DUI Offense

This answer is simple. The higher the Tier, the more serious the penalty. For a first offense DUI, the penalty in Tier I is 6 months of probation, a $300 fine, and no license suspension. The same DUI under a Tier III violation carries a penalty of 3 days in jail, followed by 6 months of parole, a $1,000 - $5,000 fine, and a 12 month license suspension. This disparity in sentencing becomes even greater when dealing with 2nd, 3rd, or subsequent DUIs.

In short, while the concept of DUI Laws can be simple to understand, there is clearly a lot of nuances that the general public don’t know. In any case, when facing a DUI, you shouldn’t deal with it alone. I realize I’m an attorney and obviously any attorney is going to tell you that you need an attorney. BUT…I really believe it’s important to have someone working for you that can explain every step of the process and what it means. The only way someone can make the best decision for themselves, is by making that decision fully informed.