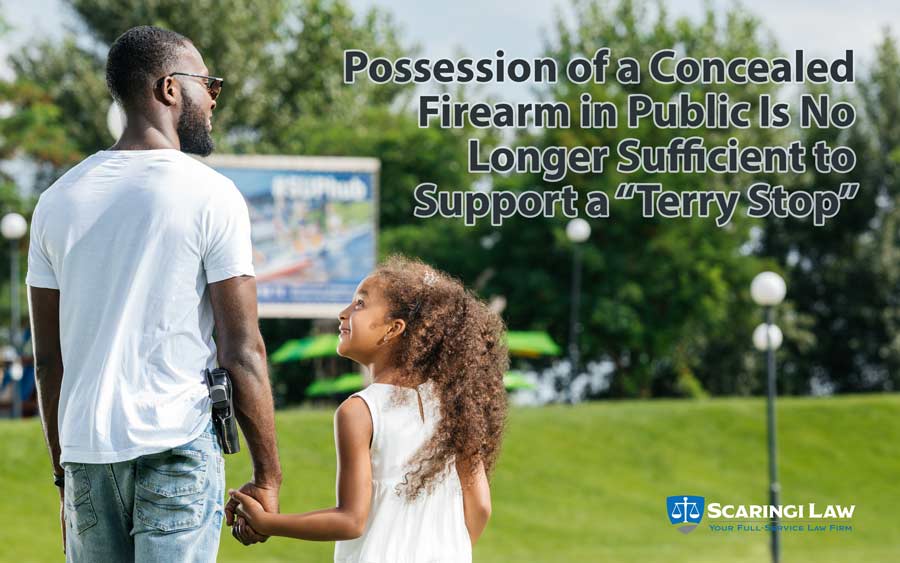 The right of the people to be secure in their persons, houses, papers and effects, against unreasonable searches and seizures, shall not be violated, and no Warrants shall issue, but upon probable cause, supported by Oath or affirmation, and particularly describing the place to be searched, and the persons or things to be seized.

For the purposes of the 4th Amendment, a person is seized when in view of all the circumstances surrounding the incident, a reasonable person would not have believed that he was free to leave. United States v. Mendenhall, 446 U.S. 544 (1980).

Warrantless interactions between police and the public fall within 3 basic categories. First, there is a mere encounter. With a mere encounter there is no involvement of a “seizure” of any kind. The individual involved is free to disregard any and all questions that he or she may have been asked by the police. This person is free to walk away from the police at any time.

The next interaction would be an arrest. With this interaction the police are required to be able to articulate that they had probable cause that the individual had committed a crime that would justify their arrest and seizure for that crime.

Lastly, there is the interaction that is commonly called “stop and frisk” or a “Terry Stop”. For this interaction the police must have reasonable suspicion that the individual had committed or was committing a crime.

In Commonwealth v. Hicks, the Supreme Court of Pennsylvania analyzed this last interaction, to determine whether the fact that an individual was seen carrying a concealed firearm in public was sufficient to create a reasonable suspicion to support a “Terry Stop”. The Supreme Court ultimately held that it was not.

In Hicks, on June 28, 2014 at 2:30 AM a remote camera operator who was conducting live surveillance of a gas station notified the police that they had observed a patron of the station show another patron a firearm. The camera operator then advised that they saw the patron put the firearm in his waistband, cover it up with his shirt, and enter the gas station. While the police were in route the individual with the firearm proceeded to get into his vehicle and attempt to leave the parking lot.

The police stopped the vehicle, approached the individual, and removed him from his car. The individual was then handcuffed for officer safety. During the arrest the police noted an odor of alcohol on the person of the individual, and during the search of his person the police found a bag containing a small amount of marijuana. During the course of the police investigation, it was determined that the individual arrested was Michael Hicks. The police were able to verify that Michael Hicks possessed a valid license to carry a concealed firearm. This license made it lawful for Hicks to carry a concealed firearm on, or about his person or in a vehicle anywhere in the Commonwealth of Pennsylvania. Michael Hicks was not charged with any offenses related to his possession of a firearm but was subsequently charged with a DUI and possession of a Small Amount of Marijuana.

In order for a “Terry Stop” to be considered to be lawful it must be supported by reasonable and articulable suspicion that the person seized is engaged in criminal activity and it may continue only so long as is necessary to confirm or dispel such suspicion. Commonwealth v. Strickler, 757 A.2d 884, 889 (Pa. 2000). When determining whether reasonable suspicion existed to justify the stop the court looks at a “totality of the circumstances”. United States v. Cortez, 449 U.S. 411, 417-18(1981).

In the Hicks case, the Commonwealth relied upon Commonwealth v. Robinson, 600 A.2d 957(Pa.Super.1991), as it argued that the officers had the requisite reasonable suspicion to support the stop and subsequent arrest of Michael Hicks. In Commonwealth v. Robinson, the Pennsylvania Superior Court held that the “possession of a concealed firearm by an individual in public is sufficient to create a reasonable suspicion that the individual may be dangerous, such that an officer can approach the individual and briefly detain him in order to investigate whether the person is properly licensed.” Id. At 959.

The take-away from the Hicks case is that any investigative stop by the police that is based solely on the fact that an individual is in possession of a concealed firearm would be determined to be illegal.

If think you have been illegally searched by police or need representation for a criminal charge, call Scaringi Law to ask about a free consultation at 717 657 7770.