Penalties For DUI Vary Depending On Many Factors 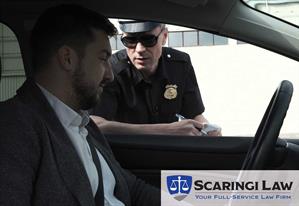 Penalties for Driving Under the Influence (DUI) vary depending on one’s blood alcohol content (BAC) at the time of driving.

Sometimes, the district attorney may be willing to offer those charged with DUI a plea deal wherein they reduce the BAC level to convince the defendant to plead guilty, receive some punishment, and avoid the necessity of advancing the case all the way to a trial. As I’ve made clear above, a drop in BAC for plea purposes can make a significant difference in the amount of jail time one may be facing. For example, for someone with a third offense DUI, the difference between a High Rate DUI and a Highest Rate DUI is nine months’ worth of jail time, with the DUI Highest Rate sentence quite possibly being served in state prison.

If you are facing DUI charges, contact Scaringi Law’s experienced criminal defense attorneys to determine if you have grounds to fight the charge or to work out the best plea deal possible to mitigate your exposure to jail time.