Bill of Particulars And Formal Arraignment 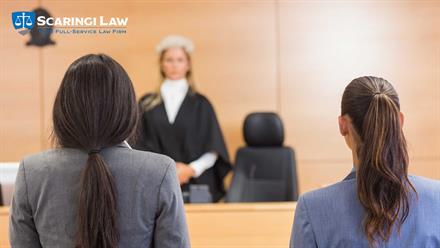 Formal arraignment may seem like a relatively inconsequential stage in the life of a criminal case, but it is important to understand that it is not. It is true that the great majority of cases do not reach their final resolution at this stage, but accused individuals are advised of important rights and deadlines that apply in all criminal cases. At formal arraignment, defendants are advised that they have seven days within which to request a Bill of Particulars, 14 days within which to file a motion compelling the prosecution to turn over discovery, and 30 days within which to file and serve an omnibus pretrial motion.

A Bill of Particulars is a rarely-used mechanism used by the defense to force the prosecution to provide more details about what criminal activity they allege occurred whether it be specific dates, times, locations, or otherwise. Discovery is any evidence the prosecution has in its possession and intends to use against the defendant should the case proceed to trial. Most district attorneys will not require a defendant to file a motion to compel them to turn over the discovery – they will do so either automatically after formal arraignment or after having received an informal request by letter or otherwise from the defense. An omnibus pretrial motion can take many different forms including a motion to suppress evidence if the defense is arguing that police unlawfully seized evidence, detained a person, searched a property, or otherwise acted inconsistently with established federal or state constitutional jurisprudence.

If you are charged with a crime, contact Scaringi Law, at 717 657 7770, so an experienced criminal defense attorney can review your case and determine if any of the above motions or deadlines apply in your case.