A Step Toward Legal Sport Gambling 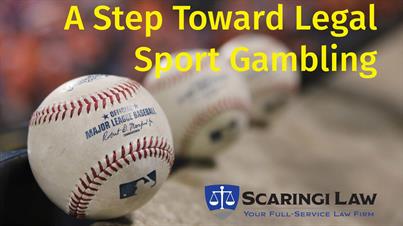 I have heard a number of people over the past week say some variation of, “Betting on sports is legal now!” or “The Supreme Court legalized gambling!”

The United States Supreme Court did, in MURPHY, GOVERNOR OF NEW JERSEY, ET AL. v. NATIONAL COLLEGIATE ATHLETIC ASSN. ET AL., strike down a 1992 federal law prohibiting most states from allowing legalized gambling. The Court’s holding was based on the 10th Amendment to the United States Constitution which makes clear that all legislative power not conferred on Congress by the Constitution is reserved for the individual states.

This holding, though, does not immediately legalize gambling across the country. Instead, it puts the power in the hands of the individual states to decide what to do about gambling. Experts project that states are going to handle this Supreme Court decision very differently. For example, New Jersey, which of course already allows legalized gaming to a greater degree than most other states, is anticipated to legalize sports gaming within the next several months. An especially conservative state like Utah, though, will likely not even consider legalizing sports gambling as the prohibition on gaming comes directly from the state’s constitution.

If you have any questions about gaming laws in Pennsylvania, contact Scaringi Law 717 657 7770 and speak to an attorney with knowledge of this emerging legalized gambling landscape.