Covenants Not to Compete May Soon Be Prohibited in Pennsylvania, But There is Still Time to Protect Your Company 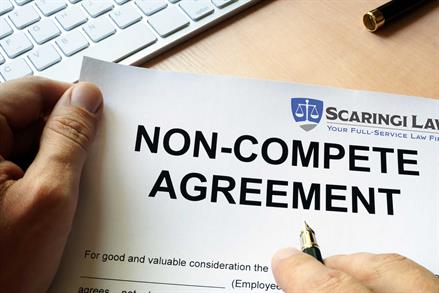 Some Pennsylvania lawmakers are trying to ban non-compete agreements between employees and employers. House Bill 1938, known as the Freedom to Work Act, would make any non-compete executed after the effective date of the law invalid and unenforceable. Although non-competes in existence prior to the passage of the act would remain enforceable, an employer who sought to enforce such a non-compete in court and lost because the non-compete was overbroad or otherwise unreasonable would be liable for damages, including punitive damages, and attorneys' fees expended by the former employee.

A narrowly tailored, reasonable non-compete can protect an employer's legitimate concerns about competitive activity by a former employee that could unfairly harm the employer's interests. Unfortunately, many non-competes are poorly drafted, try to restrict the employee's actions for too long or in too many counties or states, and are full of boilerplate language instead of specific language describing the exact conduct that would be objectionable to the employer. Because of employer overreach and unwillingness to carefully examine the type of work the employee wants to engage in post-employment, legislation like the Freedom to Work Act is becoming more common.

Pennsylvania courts are currently willing to rewrite portions of non-competes that are overbroad--this is known as the "blue pencil" rule. Because of this rule, some employers take the position that they will impose onerous time and geographic restrictions in their non-competes and hope that they are enforced, but know that a court will rewrite, rather than invalidate, the non-compete during litigation if the court finds it overbroad. The Freedom to Work Act would eliminate the blue pencil rule, meaning that overbroad non-competes would be invalidated for unreasonableness rather than modified, leaving the employer with no protections.

Although it is unlikely that the Freedom to Work Act will become law this year, it certainly may be reintroduced during the next legislative session and be given more extensive consideration. If it returns in its current form, there will be a provision that states that non-competes agreed to by employees prior to the effective date of the act will remain in force (but cannot be renewed). Employers who do not have non-competes in place or have poorly drafted non-competes will not be able to implement or revise them if this legislation is passed; therefore, time is of the essence if you want to implement a non-compete into your hiring documents or want to be sure that your non-compete is narrowly tailored and enforceable.