Bullying in the Workplace is on the Rise 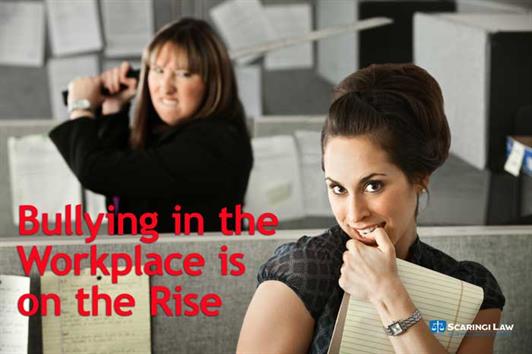 At a recent PA Chamber seminar, Resolving Conflicts in the Workplace, I presented on this topic, most of the heads of the Human Resource Professionals in attendance nodded in agreement when I stated that workplace bullying is on the rise. According to the latest statistics on the subject of workplace bullying, one-fifth of American adults report that they have directly experienced abusive conduct at work, according to a 2017 Workplace Bullying Institute survey of more than 1,000 people. More than two-thirds of office bullies are men, and both men and women bullies target women at higher rates. Hispanics report higher levels of bullying than members of any other race. And it’s not uncommon to have a bully boss: 61 percent of targets reported bullying from people in more senior positions.

Workplace bullying behavior is more serious and enduring than the mere incivility of an occasional rude remark from a co-worker. Types of bullying include:

Left unchecked, workplace bullying can result in legal action against the employer. For example, office sexual harassment – or harassment on the basis of membership in any protected class - is considered a subset of workplace bullying, according to David Yamada, professor of law and director of the New Workplace Institute at Suffolk University Law School.

An increase in laws designed to combat bullying in the workplace are sure to follow the increase in this phenomenon. For now, such laws are rare in this country, but common in Europe. One law that could be impacted right now is an employee’s right to receive unemployment compensation benefits to which they may not otherwise be entitled, if/when the employee quits due to bullying-related conduct. Ordinarily, a “voluntary quit” by an employee would be an impediment to obtaining unemployment benefits. However, by arguing that the employee was forced out of his/her job – known as “constructive termination” – the employee may be found to be entitled to unemployment compensation benefits.

At a minimum, such conduct can result in lower employee productivity; high turnover rates; higher absenteeism; and an increase in health-related issues among employees. Bullying, which happens regularly in the school yard, is an age-old phenomenon about which employers must remain aware – to the extent of putting a “zero tolerance” policy in place, in order to avoid the legal problems this conduct can create for a business.