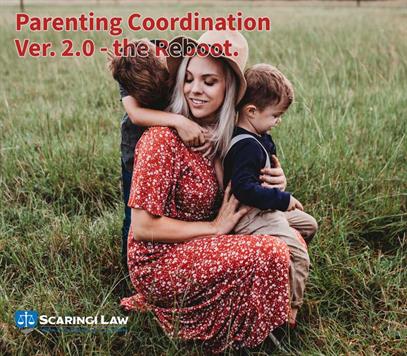 A custody program introduced then discontinued in 2013, involving the appointment of a Parent Coordinator (or super-conciliator), has been revived starting in March 2019. The program was discontinued in 2013 due to constitutional issues that arose shortly after the first version was initiated. The Supreme Court of PA has now re-established a new and improved version of the program, in which the constitutional issues appear to have been "fixed." A new rule will replace current Rule 1915.11-1 - the Rule that eliminated the first version of parenting coordination in PA.
The program will be an opt-in program - by each county in PA - in which one or both of the parties will decide, early on in a custody case, whether to have a Parenting Coordinator appointed to assist the parties in reaching a workable custody arrangement. I view the Parenting Coordinator as a super-conciliator, with powers above and beyond those of the current custody conciliator; but which powers do not - hopefully - cross the line of powers preserved only to Common Pleas Court judges.
In counties which choose to opt into and use the program (new Local Rules of Court are being established at this time for use in Dauphin County), the appointment of a specially-trained Parenting Coordinator - who must be an attorney and/or registered psychologist - is achieved by motion of one or both parents. In theory, a "good" Parenting Coordinator - if appointed - will work with the parties to arrive at a successful parenting plan, with a goal of reducing or eliminating the stress on child(ren) that can result following a failed marriage or relationship. In practice, the legal community will need to take the program for a test drive, to address and resolve any remaining issues that may arise in the new and improved version of the program.
If you have a custody case in a county that adopts the program, it will be important to seek the advice of an attorney familiar with the framework of the Parenting Coordination program, to guide you through the brave, new legal world of Parenting Coordination, Version 2.0.