Watching the Big Game on Your Cell Phone at Work? Does That Forfeit Your Right to Unemployment Comp? 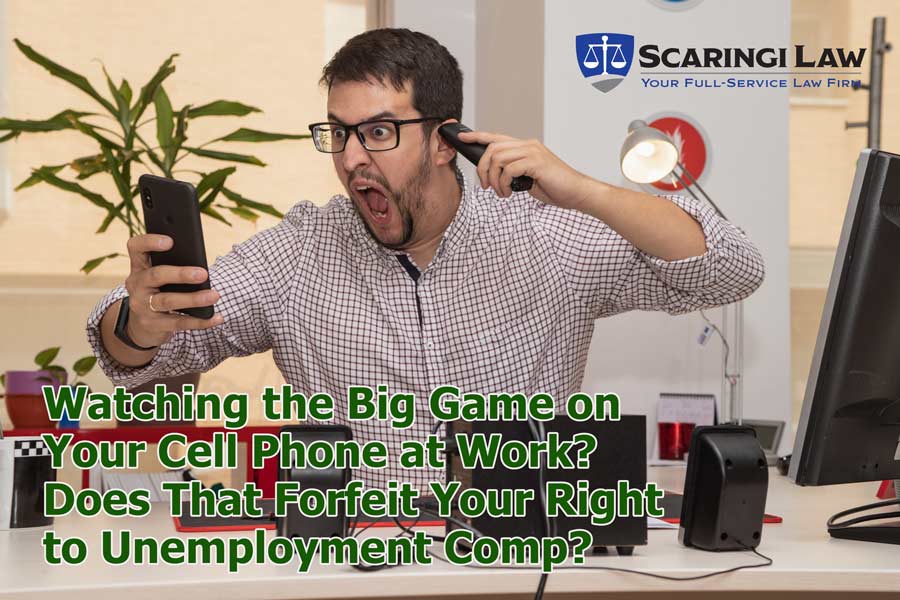 In a recent Commonwealth Court opinion, entitled Gordon Terminal v. UCBR, written by the esteemed and learned Judge P. Kevin Brobson, the Court affirmed the Unemployment Compensation (UC) Board’s award of unemployment compensation benefits to a worker who was terminated from employment for using his smart phone on the job to watch the NBA finals, the Super Bowl and other television programs.

The employer, Gordon Terminal, had terminated a worker’s employment on among other grounds the fact that he used a smart phone at work in direct violation of a workplace rule and despite receiving a written warning. The now former worker filed for unemployment compensation (UC) benefits and the employer defended. The employer was attempting to prove the worker committed willful disobedience of a work rule. If the employer had succeeded, UC benefits would have been denied. Under UC law, the employer bears the burden of proving that the worker’s unemployment is due to willful misconduct.

What does “willful misconduct” mean? The UC statute does not define it. So, we must look to the courts. The courts define it as follows:

During the hearing, the worker testified that he is “not the only one on their phone” in the employer’s plant, as “everybody in the plant is on their phone.” And that he is being singled-out. He testified, “Yeah. And we watched the Superbowl and numerous other games [including the NBA finals]” and that “everybody in that section has their phones at all times. And they’re constantly . . . on their phones.” The worker even testified that the supervisor who fired him for being on his smart phone had previously, “come over and sat there and watched the game.”

Also, during the hearing, the worker acknowledged that he was aware of the memo posted on the employer’s bulletin board stating that use of smart phones was not permissible without special approval and that he did not have special approval. He also admitted to receiving a letter from his employer regarding a similar earlier infraction but explained he had not seen the letter until the employer showed it to him on his last day of work. But, neither the posted rule on the bulletin board nor the written warning letter saved the employer in this case.

The Board found that “it was a common practice for employees of the employer to watch sporting events and other things on their cell phones.” Thus, the Board found that the employer engaged in “inconsistent enforcement” of the work rule and as such the employer did not establish the existence of a rule that could support a finding of willful misconduct. The Commonwealth Court affirmed the Board’s decision.

Lesson for employers, if you intend to terminate the employment of a worker for a violation of a work rule, and wish to defeat his subsequent claim for UC, you had better make sure you consistently enforce that work rule against all workers.

If you have any questions about employment law, do not hesitate to contact the attorneys at Scaringi Law at 717-657-7770.