Protection from Abuse, or Abuse of Protection? 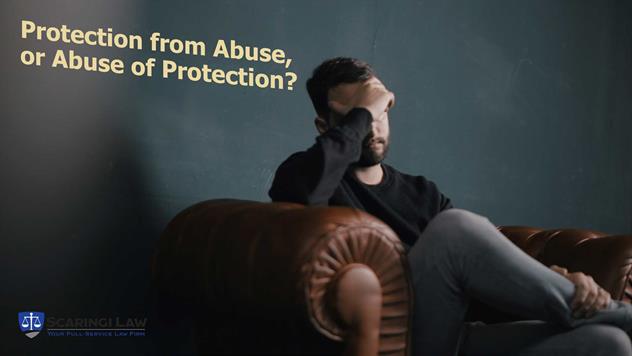 The Protection from Abuse ("PFA") Act can play a vital part in the war against domestic violence, by protecting persons truly in need of immediate, and potentially extended protection from abuse or even the threat of abuse by a family member - spouse, significant other, parent, etc.  However, it can also be a weapon of abuse, when used irresponsibly.

A "PFA Order" can be a powerful protection tool which, when justified, can result in eviction of an alleged abuser from his/her home; surrender of weapons; restrictions on child contacts; and even incarceration of an alleged abuser for the alleged violation of a PFA Order.  However, with great power should come great responsibility, because the irresponsible and/or unjustified use of the PFA Act and its powerful protection tools, can cause substantial harm to a person unjustifiably accused of “abuse.”

Unfortunately, over my many years in the practice of family law, I have observed numerous examples of misuse of the PFA Act.  Some common scenarios I’ve been professionally involved in have included retaliation by a scorned spouse or significant other, and/or attempting to gain some advantage in custody, divorce and/or support proceedings.  When used in this manner, the consequences to the alleged abuser can be severe, including the loss of a home; loss of employment; and even loss of liberty through incarceration.

Another rule of thumb - the “abuse” should be obvious.  If you are being or have been abused, you will know it, and should have no doubt or hesitation about taking advantage of this useful and potent legal remedy.  However, if you need to consider or struggle with whether an alleged abuser’s actions are within the definition of “abuse” under the PFA Act, speak with me before seeking a PFA Order and causing great – but potentially unjustified harm to a current of former family member.